Are batteries running out of juice? Hydrogen and the problem of renewables intermittence/energy storage

The global rush to reduce carbon emissions continues to accelerate. The power sector has not just been impacted, but it has been transformed beyond recognition. Falling cost of renewable technologies have made sure the process is widely self-fuelling and does not need government intervention, if not to accelerate the process of substitution of fossil fuels. Coal is a dying technology, nuclear is fading away and natural gas is rapidly becoming obsolete.

Such a rapid transformation has left strains in the system, and the issues will continue to compound in the near future. The process of building renewables has been very fast indeed, especially in the world of utilities where power-generating assets have lifespans that easily go beyond half a century. Renewables are established and continue to produce new solutions that mature over ever-shorter timeframes, including wind, solar, offshore wind and, in the near future, floating offshore wind.

Electric systems must be balanced at all times and supply dispatch has traditionally tracked demand needs. Renewables produce electricity when sunshine and wind cooperate - for example, solar produces energy during the day but the peak consumption is just after the sun sets and all are back home from work, turning on devices in their homes.

Today the balancing is achieved by dispatching gas fired turbine units but in a decarbonized electricity sector the unbalance will need a different source of electrons.

Batteries have been tested as a solution to store electricity and are becoming a common feature of solar and wind projects to smooth electricity delivery. Batteries seem a good way to provide short-term balancing of grids but they seem unable to store large quantities of power and therefore be able to provide load centers with electricity for prolonged a period of time.

While stationary applications (for utilities) face the issue of the sheer amount of batteries needed to provide backup, the weight of batteries is the main obstacle to full electrification of the transportation sector.

In fact, transportation is the second largest emitter of carbon in modern economies and the electrification of transport is a reality that is accelerating to unprecedented speed. Automotive companies are launching hundreds of electric and hybrid plug-in vehicles in the next few years and battery electric vehicles (BEV) are becoming widely accepted by consumers.

Infrastructure to support millions of electric vehicles in our streets is still lacking, but it is under deployment and the reality of a decarbonized personal transportation is rapidly becoming a reality.

But batteries are heavy; their energy density is much lower than gasoline and powering large commercial vehicles, construction equipment, agricultural equipment, ships and, tomorrow, airplanes represent a technical challenge that relies on batteries developments breakthrough to become feasible.

Heavy batteries would crowd out valuable freight from commercial vehicles, add the slow battery charging speed and the resulting total cost of ownership, the equation is very difficult for businesses that operate on thin margins. Special applications sure, but mass adoption for commercial vehicles will be complicated.

Hydrogen is nothing new, and has been extensively used in chemical processes, refineries and in vehicles, e.g. forklifts have been used for decades.

Today it is produced from natural gas in relatively small quantities and is quite expensive for mass applications like trucking, etc. Hydrogen made from natural gas is known as grey hydrogen, while making hydrogen with natural gas and sequestering the CO₂ released by the process results in blue hydrogen.

Green hydrogen is instead produced by electrolysis using renewable electricity to break up water and release oxygen. No CO₂ emissions created whatsoever, and the oxygen can be used as a valuable byproduct.

Hydrogen can be transported by pipelines, can be liquified, can be stored in cans and, with its own specific differences, has a flexibility of use and distribution similar to natural gas. The weight/energy ratio is much more favourable than current batteries and, therefore, hydrogen is a much better solution for heavy machine/vehicles.

Hydrogen can then be a medium to store intermittent renewable electricity and to provide energy to heavy duty applications. Obviously not all is perfect with hydrogen, and there are issues that need to be overcome, but the prospects are encouraging. Perhaps the main issue is cost, but like any other renewable technology before, it is just a matter of time for the cost issue to be solved with mass production of hydrogen equipment and technological/engineering improvement in the process.

The European Union has launched a hydrogen program to kick-start the technology into mass markets and initiate the virtuous cycle of decreasing cost with higher volumes. In the U.S. a coalition of 20 companies ranging from oil to automotive, utilities and tech have published a roadmap for the adoption of hydrogen in the U.S. economy. We believe that hydrogen is part of the solution for a decarbonized economy and will show an accelerating adoption trajectory beyond current forecast. Batteries will not be displaced by hydrogen and instead, the two ways to store energy will co-exist and complement each other.

There is a lot of hype around hydrogen and lots of investors’ attention has concentrated on a few companies that are active in this market. Signature has been investing in many utilities that have large exposure to renewables and are moving into hydrogen. Iberdrola of Spain and Nextera in the U.S. are building integrated plants to provide green hydrogen to fertilizer producers. The few pure plays in industrial are very expensive and we are monitoring them for an entry point. Conglomerates are positioning for hydrogen growth and we believe that emerging the hidden value in large companies will be a theme for the upcoming years. 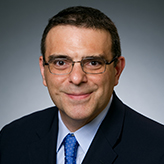 Massimo Bonansinga has 21 years of financial, managerial and consulting experience. He focuses on industrials. Prior to joining Signature in 2005, he spent five years in investment banking in London with Bankers Trust and Morgan Stanley and five years in the automotive industry in Europe with Ford Motor Co. and Fiat Group, holding positions in finance. He has a Master of Business Administration from the Wharton School and a bachelor’s degree in economics and accounting from Universita Bocconi in Milan.

This document is provided as a general source of information and should not be considered personal, legal, accounting, tax or investment advice, or an offer or a solicitation to buy or sell securities. Every effort has been made to ensure that the material contained in this document is accurate at the time of publication. Market conditions may change which may impact the information contained in this document. All charts and illustrations in this document are for illustrative purposes only. They are not intended to predict or project investment results. Individuals should seek the advice of professionals, as appropriate, regarding any particular investment. Investors should consult their professional advisors prior to implementing any changes to their investment strategies.

The opinions expressed in the communication are solely those of the author and are not to be used or construed as investment advice or as an endorsement or recommendation of any entity or security discussed. Individuals should seek the advice of professionals, as appropriate, regarding any particular investment. Investors should consult their professional advisors prior to implementing any changes to their investment strategies.

Certain statements contained in this communication are based in whole or in part on information provided by third parties and CI Investments Inc. has taken reasonable steps to ensure their accuracy. Market conditions may change which may impact the information contained in this document. Certain statements in this document are forward-looking. Forward-looking statements (“FLS”) are statements that are predictive in nature, depend upon or refer to future events or conditions, or that include words such as “may,” “will,” “should,” “could,” “expect,” “anticipate,” “intend,” “plan,” “believe,” or “estimate,” or other similar expressions. Statements that look forward in time or include anything other than historical information are subject to risks and uncertainties, and actual results, actions or events could differ materially from those set forth in the FLS. FLS are not guarantees of future performance and are by their nature based on numerous assumptions. Although the FLS contained herein are based upon what CI Investments Inc. and the portfolio manager believe to be reasonable assumptions, neither CI Investments Inc. nor the portfolio manager can assure that actual results will be consistent with these FLS. The reader is cautioned to consider the FLS carefully and not to place undue reliance on FLS. Unless required by applicable law, it is not undertaken, and specifically disclaimed that there is any intention or obligation to update or revise FLS, whether as a result of new information, future events or otherwise.

Our real asset experts share their market outlook for 2022, including the potential risks, opportunities and positioning for CI GAM’s real estate and infrastructure portfolios.

Alfred Lam shares his multi-asset outlook for the coming year and what the impact could be to investors’ portfolios.

Three reasons why exposure to life insurance companies can help your investments benefit amidst a rising interest rate environment.
view all