In a challenging year that has seen a global pandemic lead to economic hardship we haven’t experienced since the Great Depression, it’s an understatement to say there’s been a lot to process in 2020. On top of this, the U.S. presidential election is garnering even more attention.

I often get asked the question, “Who do you think is going to win the US election and what does it mean for our global equity portfolios?” The short answer is - I have no reason to believe statisticians conducting credible polls showing Joe Biden in the lead are going to be wrong in predicting the outcome. In addition, I believe that fundamentals will ultimately drive the success of the portfolio - not the outcome of the election. Bottoms-up fundamental research is where we continue to spend our time.

Now for the long answer...if you’re a politics geek like I am, let’s dig into the details and bring some historical perspective to this conversation.

“I challenge you, to a duel!” (seriously, I’m not making this up)

It might seem like this election (and the one preceding it in 2016) was the most unpredictable in U.S. history, but believe it or not, it used to be more chaotic.

Winding the clock back to the presidential election of 1800, the Republicans and Democrats jointly nominated Thomas Jefferson and Aaron Burr while the Federalists nominated John Adams and Charles C. Pinckney. What followed was a brutal campaign that brought out bitter divisions on the topic of immigration (the Alien and Seditions Act that made immigration harder and deportation easier) and the ideological direction of government (sympathy for French revolutionaries vs. British aristocracy). To top it off, the system for determining the President and Vice-President was, to put it mildly, a bit confusing. This led to a scenario in 1800 where Aaron Burr, through the political influence of Alexander Hamilton, was pushed to the role of Vice-President much to Burr’s dismay. This, along with years of animosity towards one another, led to a duel in Weehawken, New Jersey in 1804 where Burr triumphed and Alexander Hamilton, one of the founding fathers, was mortally wounded.

It would seem unlikely that we’d return to an environment where two career bureaucrats are bickering on a televised debate over the nuances of tax policy like 2012. However, it’s worth reminding ourselves that we have moved past the days when political opponents were settling their quarrels in a New Jersey field with their revolvers. But it is October, and this is the time for surprises after all.

The October surprise(s)
In the last few weeks, there has been a consistent pattern of headline-worthy news stories that capture the public’s attention and forces both campaigns to scramble. This is colloquially known as the “October Surprise.”

The term was coined during the 1980 presidential election when Jimmy Carter and Ronald Reagan were in the final innings of the campaigns. Negotiations with the Iranian government over hostage releases by Jimmy Carter was delayed until the new year. A public that was already weary of Jimmy Carter responded with a landslide victory for Ronald Reagan. He won 489-49 in the electoral college and carried 44 of the 50 states.

The direct impact on the polling results historically is not clear, but given the sheer volume of surprises we have seen in the last few weeks, this time may be different. There are two significant surprises this October that have captured the attention of voters:

A blue wave on the horizon?

As we move into the home stretch, several polls continue to tilt decisively towards the Democrats. You might be thinking, “This sounds familiar, weren’t people saying this in 2016 when Hilary Clinton was the heavy favorite and yet Donald Trump is the president?” Let’s dig a little deeper.

2016 Election: The previous election had an eerily similar setup to this one, and Donald Trump won. This led to a lot of criticism about the effectiveness of the polls in predicting outcomes. As shown below, Clinton was ahead of Trump by 3.6% on the popular vote and up modestly in some key battleground states. It was clearly a lead, but it’s worth highlighting that in many of the states, along with the national polls, it was within or slightly outside the margin of error. Statistically, the polls were telling us that there was room for a Trump surprise and that’s exactly what happened, especially in the battleground states. Nationally, Clinton still won the popular vote by 2.1%.

2020 Election: Given everything that’s happened recently, it’s important to emphasize that anything is possible. With that in mind, statistically, it appears to be a win for Joe Biden, especially with COVID-19, which is the top issue for voters trending in the wrong direction for the president. By opening a lead of 8.1% nationally in the popular vote, Biden is above Clinton and outside the statistical margin of error. In addition, the key swing states of 2020 are trending in Biden’s favor and starting to consistently move beyond the statistical margin of error as well. Winning the right combination of battleground states is critical for both campaigns and with Biden’s lead building, the task is getting more difficult for the Trump campaign. The fact that Texas is a close race and a battleground state in this election highlights the uphill battle for the president; Texas hasn’t voted for a Democratic president in 44 years.

Election impact on the portfolio

“So Dan, after putting me through this crash course on politics, please get to the point. What does this mean for clients of global equity portfolios?”

Using history as a guide, I would expect the election, regardless of the outcome, to take a backseat to fundamentals as it does in any other year. It would take sweeping changes to economic policy for the businesses owned in the portfolio to be materially impacted, Democrat or Republican.

Zeroing in on the U.S. market, which would be impacted the most significantly, you can see in the chart below that there is no clear pattern during election years. This is most clearly observed during 2000 and 2008, both down years for the market which had everything to do with the tech bubble in 2000 and the financial crisis in 2008 and not the election of a Republican (Bush) followed by a Democrat (Obama).

We are also monitoring the policy proposals that have been outlined by both parties to ensure that there are no curveballs. There are two areas we have dug into deeper, specific to the Biden ticket as we have a clear idea of where the Trump ticket stands:

Elections by their very design are meant to capture the dreams, hopes, imaginations and, unfortunately, the fears and insecurities, of millions. This is part of the democratic process which compels so many people to vote. It’s also natural to assume that such an active dialogue in the political theatre would naturally spill over to the stock market. As I aimed to convey earlier, this is normally not the case, and while we have a plan for any curveballs coming in our direction, we believe that fundamentals will drive stock prices.

As always, thanks you for your trust and support, we will remain focused on delivering risk adjusted returns for you. 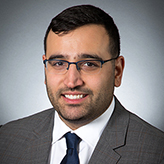 Danesh Rohinton serves as a Portfolio Manager at Cambridge Global Asset Management. He is responsible for co-managing Cambridge Global Equity Corporate Class. Danesh’s career in the investment industry began in 2012 and he joined Cambridge in 2013.Prior to joining Cambridge, Danesh worked at BMO Capital Markets in New York as a research associate covering U.S. banks. He also has prior experience as a Research Analyst at Sentry Investment Management. Danesh holds a Bachelor of Business Administration from Wilfrid Laurier University.

Commissions, trailing commissions, management fees and expenses all may be associated with mutual fund investments. Please read the prospectus before investing. Mutual funds are not guaranteed, their values change frequently and past performance may not be repeated.

The author and/or a member of their immediate family may hold specific holdings/securities discussed in this document. Any opinion or information provided are solely those of the author and does not constitute investment advice or an endorsement or recommendation of any entity or security discussed or provided by CI Investments Inc.

Certain statements contained in this communication are based in whole or in part on information provided by third parties and CI Investments Inc. has taken reasonable steps to ensure their accuracy.

Certain statements in this document are forward-looking. Forward-looking statements (“FLS”) are statements that are predictive in nature, depend upon or refer to future events or conditions, or that include words such as “may,” “will,” “should,” “could,” “expect,” “anticipate,” “intend,” “plan,” “believe,” or “estimate,” or other similar expressions. Statements that look forward in time or include anything other than historical information are subject to risks and uncertainties, and actual results, actions or events could differ materially from those set forth in the FLS. FLS are not guarantees of future performance and are by their nature based on numerous assumptions. Although the FLS contained herein are based upon what CI Investments Inc. and the portfolio manager believe to be reasonable assumptions, neither CI Investments Inc. nor the portfolio manager can assure that actual results will be consistent with these FLS. The reader is cautioned to consider the FLS carefully and not to place undue reliance on FLS. Unless required by applicable law, it is not undertaken, and specifically disclaimed that there is any intention or obligation to update or revise FLS, whether as a result of new information, future events or otherwise.

CI Investments and the CI Investments design, Trusted Partner in Wealth, Cambridge Global Asset Management are registered and unregistered trademarks of CI Investments Inc., its subsidiaries or affiliated entities. All other marks are the property of their respective owners.