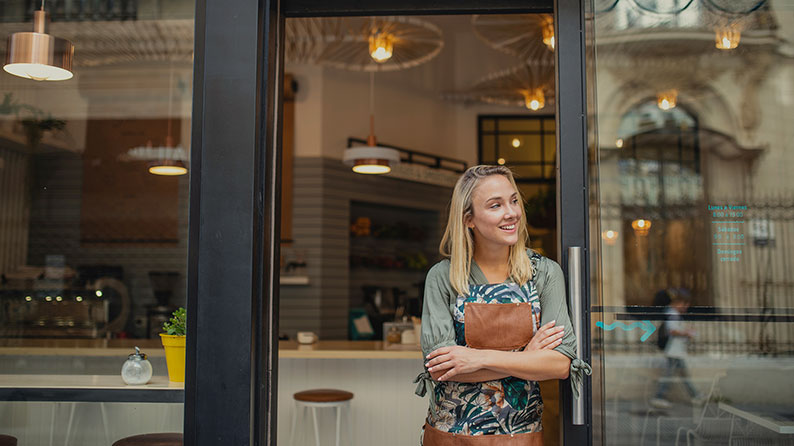 As a pilot, I make hundreds of decisions on a single flight to get my family safely to our destination. Some of those decisions are conscious, and some are not. They all, however, are influenced by internal and external factors. Most importantly, they are influenced by experience and by attitude.

When we become overconfident or complacent, our attitude subtly shifts, and our margin of safety begins to erode. Other physical and emotional stressors further contribute to poor decision-making. We may not realize it is occurring, but at some critical point, we find ourselves over our heads in a truly dangerous situation. When we develop hazardous attitudes in flying, we are courting disaster.

The Federal Aviation Administration's (FAA) literature defines five hazardous attitudes that can undermine a pilot's aeronautical decision-making. They are antiauthority, impulsivity, invulnerability, macho, and resignation. While these terms sound negative, we all have to admit we have experienced them.

In reviewing hazardous attitudes with my son, also a pilot and instructor, it struck me that I have seen all of these attitudes manifested in business owners during the exit planning process.

For a pilot, an antiauthority attitude may be as simple as not following a checklist. “I don’t need to follow the checklist; I have done this a thousand times”. The cost of this thinking could be measured in lives lost. For the business owner, it might sound something like, “I have built this business from the ground up and it is one of the most successful in the area. I don’t need an advisor to come in and tell me how to sell my business”. The cost of this thinking could be millions left on the table.

During flight training, we are trained to react quickly and precisely to certain emergencies, but we are also taught to SLOW DOWN. In most cases, sitting back and taking a breath allows for processing all of the variables involved and making a better decision. Impulsivity is the need to do something, anything, to change the situation. For business owners, this hazardous attitude can manifest itself when deal negotiations get stressful or when the owner is getting deal fatigue because things are just not moving fast enough. This is yet another recipe for leaving money on the table or agreeing to bad terms.

Invulnerability is characterized by the simple phrase, “that will never happen to me”. Before every takeoff, I brief, out loud, to myself or my co-pilot what I am going to do WHEN, not if, the engine fails during take-off. It is a very rare occurrence, but it occasionally happens and if the pilot is not ready for it, it usually ends with a very bad result. For business owners, it might sound something more like, “I am too smart to let that happen to me or my business”. More often though, it manifests itself in an owner’s failure to plan for asset protection, succession, or for the exit in general. Many business owners wrongly believe it will be easy to sell their business when they are ready to sell it.

There is a saying in aviation: “There are old pilots and there are bold pilots but there are not very many old bold pilots”. The pilot with the macho attitude can get fooled into believing they can do something that is outside their capability or their aircraft’s capability. This famous line in the movie Top Gun says it all when the squadron commander tells Maveric, “Son, your ego is writing checks that your body can’t cash”.  We all have egos, and some owners take it to the extreme and suffer for it. I once had a business owner tell me in his industry, he was “Batman”. Another told me he pulled out of his deal two weeks before signing because the new owners were not going to run “HIS COMPANY” the way he was running it. This macho attitude, if left unchecked, will almost always lead to a failed deal.

Resignation occurs in aviation when pilots are overwhelmed and give up. My son told me a story about one of his students having a difficult time landing in gusty crosswinds and getting flustered. The winds were gusty but well within the capability of the aircraft. On the final landing, the plane touched down and then caught a gust of wind which took the plane airborne again. Instead of adding power and continuing to fly the plane, the student let go of the controls and just stopped flying. Fortunately, my son took over and executed the go-around procedure without incident. In exit planning, we often see the resignation attitude manifest when an owner fails to delegate to their advisors and make all the decisions themselves. It all becomes too hard, so they return to the status quo, operate the business, and never put it on the market. Unfortunately, oftentimes the owner has lost the drive to fully participate in the business and it tends to slowly wither away.

So how do we cure these hazardous attitudes?

First, we must recognize that we are susceptible to them. Second, we need to insulate ourselves from the stressors that bring them on. The best way to do that is to form a team of professional advisors who specialize in business exits. These experts have seen all of these hazardous attitudes in their clients and can help reduce the impact these harmful attitudes have on your decision-making capability. With a clear mind, a great team, and continuous focus on the end goal, you will make better decisions and increase the value and the probability of your exit.

Mike Quinlan, CExP™, Partner and Practice Area Leader, leads the CI Brightworth Business Owner Services Practice. Mike has over 35 years of business and military experience and specializes in helping business owners achieve an ELITE exit from their business. He brings unique experience to CIPW and utilizes an educational and consulting approach with clients to maximize exit value, on the owner’s terms and without regret. Mike hosts the popular and highly rated Business Owner Transition podcast which can be heard on all major podcast outlets.