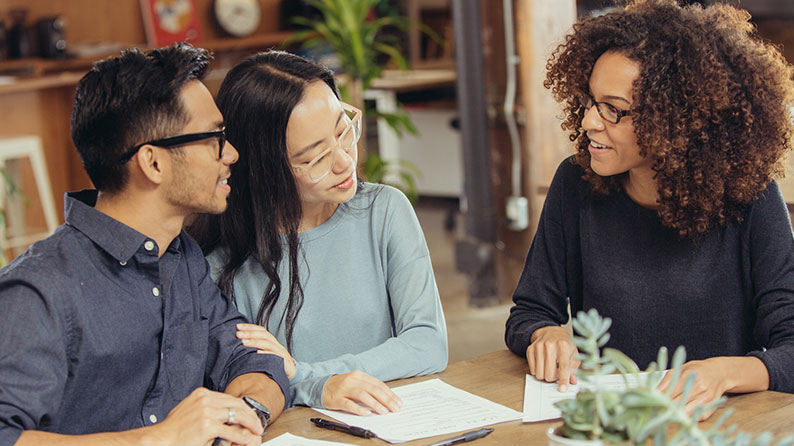 When was the last time you updated your will? Could your beneficiaries have changed? If you have a trust in place, did you actually fund it? Is your plan ready for the new SECURE Act? These are all important questions to answer. Later on, we’ll reveal five estate mistakes you don’t want to make.

A few years ago, I received a phone call from a woman understandably upset that she might not inherit any of her deceased father’s large 401(k) plan, even though he was divorced and she was an only child. Unfortunately, about a year prior, her father had been divorced for the second time and failed to remove his ex-wife as the beneficiary of his 401(k).

When he unexpectedly died, his ex-wife remained the beneficiary of his account. According to the federal Employee Retirement Income Security Act, the ex-wife was entitled to receive the assets. While the man probably never intended for his ex-wife to receive these assets while entirely cutting out his only child, that’s exactly what happened as the result of a simple administrative oversight.

You don’t have to be ultra-wealthy to reap the benefits of a well-conceived estate plan. But you do have to make certain the plan is updated often—especially as life circumstances change—so these kinds of mistakes don’t occur and hurt the people you love most.

An estate plan consists of legal documents that provide clarity about how you’d like your wishes carried out, both during life and after you die. It primarily consists of three documents:

The latter two documents designate individuals to help make decisions involving your finances or health in case you cannot do so in light of some form of incapacity.

I work with many individuals and families to help them design estate plans that effectively reflect their wishes and avoid estate planning mistakes. Here are five common mistakes I see:

Mistake 1: No estate plan at all

It’s not uncommon for me to work with people who have accumulated several million dollars in assets, yet they don’t possess even a simple will. A will provides specific information about who receives your money, property and other assets. It’s also important for people with minimal assets.

Without a will, state law decides who receives your assets, and it’s not likely they will be distributed according to your wishes. Dying without a will, known as dying “intestate,” involves a time-consuming and costly process for your heirs.

A will may include several important pieces of information that can significantly impact your heirs. A will provides the opportunity to appoint a guardian for your minor children and an executor to carry out the business of closing your estate and distributing your assets. In lieu of a will, these appointments will likely be made by a probate court.

Many people are surprised to learn that some of their assets, such as retirement accounts and life insurance policies, are not controlled by their will. To make certain the right person inherits these assets, a specific person or trust must be named as the beneficiary for each account.

As discussed, one of the most common pitfalls is failure to update beneficiary designations. For example, a person may have opened an IRA in their 20s. They may not have been married and could’ve named a relative or friend as beneficiary. Fast forward years later, when that person has married and may have kids. If they pass away without changing the beneficiary, the amount in that account will go to the person they named decades ago instead of their spouse, children or both.

Married couples can own assets jointly, but they may not know that there are different types of joint ownership:

Often, improper joint asset titling becomes an issue if a deceased person’s share of a joint asset is intended for a specific purpose—such as funding a trust—following their death. For example, George and Mary are a married couple with a large number of investment assets. Their non-retirement accounts are owned jointly as JTWROS. Assuming George passes away first, his wish is to use a portion of the investments to fund a trust created by his will for the benefit of their four grandchildren. However, the JTWROS titling means all of the assets automatically go to Mary once he dies, so no assets from George’s estate are available to fund the grandchildren’s trust.

A living trust allows a person to place assets in a trust and freely move assets in and out of the trust while living. At death, assets continue to be held in trust or distributed to beneficiaries, all of which are dictated by the terms of a trust document.

The major advantages of a revocable living trust are twofold: First, it reduces or eliminates the time and expense associated with the probate process, which is necessary with a will. Second, it provides privacy and protection from the probate process. When submitted to probate, a will becomes public record, which makes it not only visible but able to be challenged.

A common mistake made with a revocable living trust is failure to retitle or transfer ownership of assets to the trust. This critical step is often overlooked after completing the “heavy lifting” of drafting the trust document. However, the trust is of no use if it doesn’t own any assets.

Mistake 5: Naming a trust as beneficiary of an IRA (certain cases)

The new SECURE Act, which went into effect on January 1, 2020, calls for the removal of a provision known as the stretch IRA. This provision allowed non-spouses inheriting retirement accounts to stretch out disbursements over their lifetime. It allowed assets in retirement accounts to continue their tax-deferred growth over many years, which is a powerful strategy.

But the new law requires a full payout from the inherited IRA within 10 years of the original account holder’s death, in most cases when a non-spouse individual is the beneficiary.

Given these changes, it may no longer be ideal for a person to name a trust as the beneficiary of their retirement account. It’s possible that either distributions from the IRA may not be permitted when a beneficiary wants to take one, or distributions will be forced to take place at an undesirable time, generating unnecessary taxes.

It makes sense for people to speak with their attorneys and (re)visit their estate plans to ensure the new SECURE Act provisions don’t create unintended consequences.

Brightworth is a nationally recognized, fee-only wealth management firm with offices in Atlanta, GA, and Charlotte, NC. The wealth advisors at Brightworth have deep expertise across the financial disciplines, allowing us to provide ongoing, comprehensive financial advice to families across the country.