Good news for investors about recessions 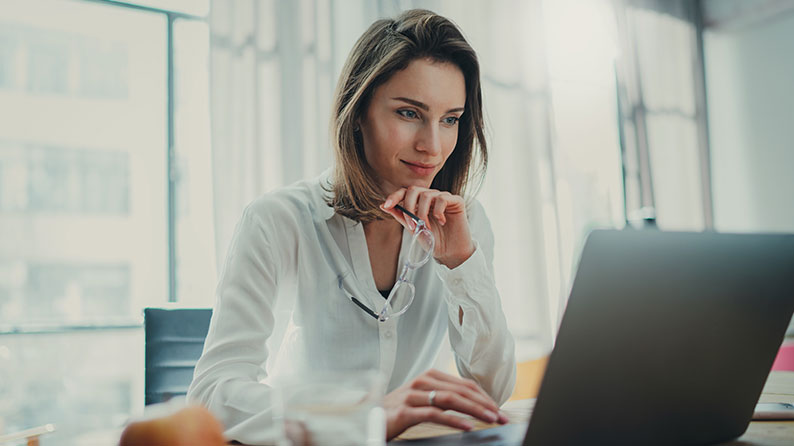 COVID-19 has had a significant impact on the economy. Initially, economic activity stalled as lockdown conditions emerged, but then the economy gradually reopened and pent-up consumer demand led to massive spending. In turn, inflation soared and central banks raised interest rates to cool the overheated economy. Now there’s concern about a recession, which is often perceived as two consecutive quarters of negative economic growth, as measured by gross domestic product (GDP).

While an official recession is possible, previous recessions suggest that investors may ultimately benefit once the broader economy regains its footing. With that in mind, we will share three ways to position your portfolio now to help take advantage of the eventual economic recovery.

First, many people are wondering if we are, indeed, heading into a recession. This question has been in the news and on the minds of investors for months, and the recent announcement that GDP has decreased for the second straight quarter1 makes the question even more pressing.

A recession is usually problematic for investors. Many believe that once a recession is announced, the stock market will decline sharply and necessitate changes to their portfolios to help weather the storm. But history indicates a different scenario. Instead of dropping further when a recession is officially announced, the market often moves up.

That’s because, in part, recessions are often declared several months after they have started. The National Bureau of Economic Research, a private non-partisan organization, makes this call after analyzing many economic data points that take time to collect. This information includes, but is not limited to GDP growth.

Why it may be an inopportune time to be defensive

But research by CI Brightworth in Atlanta shows that once an official recession is announced, much (if not all) of the market’s downturn has already taken place. So, getting more defensive after a recession is announced may be the worst thing an investor can do. In essence, you would be selling just as the market is set to rebound.

In three of the last six recessions since 1980, the stock market hit a bottom before the recession was officially recognized. Even more important for investors, after those six recessions the market quickly moved higher on five occasions – ranging from 10.3% to 34.5% – only one year following the recession announcement. Strong gains continued for three and five years after a recession was declared – in three cases, the market gains topped 100%.

So, what does this mean for investors? The data show that taking defensive actions when a recession is announced has been an unfavorable strategy in five of the six last recessions. A defensive action ranges from reducing exposure to stocks all the way to the “big mistake” of shifting the entire portfolio to cash.

If a significant move to safety is generally counterproductive, then what should an investor do?  Here are three suggestions to consider:

1. Don’t try to time the market

It’s often unwise to jump in and out of the stock market; in fact, historically this action has been one of the biggest destroyers of wealth that an investor could pursue. The market is forward looking and normally moves ahead of the underlying economy. If you try to move into and out of the market based on what’s happening now in the economy, you’ll always be “a day late and a dollar short.” In fact, you’ll be many days late and a significant number of dollars short.

If you are investing new money, either through your 401(k) plan, individual retirement accounts (IRA) or other plans, continue to follow your long-term investment strategy. You should be excited about the opportunity to buy more stocks when they are “on sale.” If it feels difficult to invest more money as the market is declining, consider automating your contributions and investments so you can reap the benefits of lower valuations without contemplating the market’s every move. Automatic contributions are a good way to stay disciplined when markets turn volatile.

3. Add stocks to your portfolio when they are down

Use the market downturn to rebalance your investment portfolio by selling assets that have performed the best and buying the assets hardest hit by the market’s tumble. For example, this could mean selling investments in some commodities and real estate, while picking up high-quality stocks that have lost a significant amount of value over the short term as markets have sold off – sometimes rather indiscriminately – by panicked investors. Rebalancing your portfolio is one of the most effective ways to ensure you follow the classic adage of “buying low and selling high.”

Nobody truly knows when the next recession will arrive or how the market will respond when it does. However, by following these three key steps, investors can prepare for further market volatility while also helping to favorably position themselves once the recession subsides.

Nick Fazio is an Investment Analyst at CI Brightworth Private Wealth. In his role, Nick performs quantitative and qualitative analysis of current and new investments, communicates the firm’s investment philosophy and outlook with advisors and clients, and conducts investment research on behalf of the CI Brightworth Investment Committee. He also serves as an analyst on CI Brightworth’s internally managed US Large Cap stock strategy. Prior to joining CI Brightworth, Nick was a Senior Associate at PricewaterhouseCoopers (PwC) in their Deals practice, where he advised clients contemplating major corporate events such as acquisitions, IPOs, and debt offerings. Nick holds a Bachelor of Science in Business Administration from the Georgia Institute of Technology, is a licensed Certified Public Accountant (CPA) in the state of Georgia, and is a Level III candidate in the CFA Program.

Last-minute ways to cut your taxes

How to invest after the sale of the business