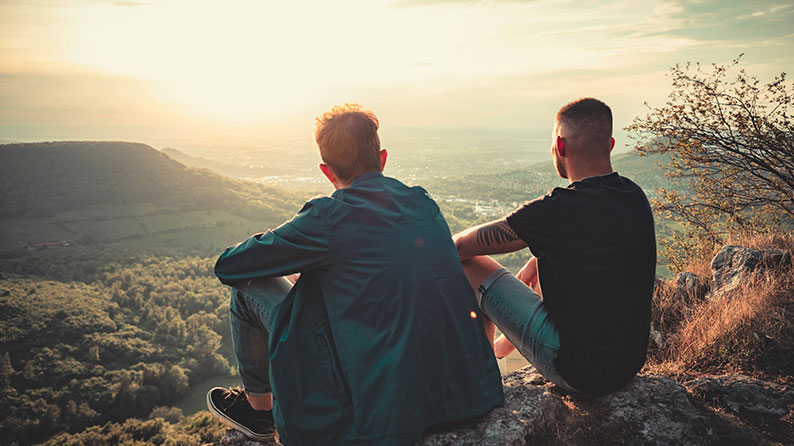 Divorce for those over age 50 has become more common. While people usually don't have divorce as a goal in life, it is a reality for many, and there are some unique considerations for those of us with gray hair.

We recently had the opportunity to speak with Heather Locus, who leads the Divorce Practice Group at CI BDF Private Wealth in Chicago. Here are some highlights from that conversation.

How did you start advising high net worth clients on divorce?

Years ago, I unexpectedly found myself getting divorced, and realized that there was so much more that we could do to help men and women make smart decisions, and create a positive post-divorce world where they can co-parent and co-grandparent well. That's really my mission and what I spend most of my time on.

We also do a lot of prenup work, so often we’re helping clients’ children or grandchildren when they’re getting engaged or married to start off right, so hopefully they don't end up needing our help later.

What is this so-called “gray divorce” trend?

I think this is happening for two reasons. One, we’re living longer, and people are asking “What does the second half of my life look like?” For most of us, that’s another 20 years and there’s a reasonable probability for one of the spouses, it’s 40 more years.

The second reason, especially for our clients, is they have more financial choices than people have had historically. They can afford to live in two households and create a very prosperous life on their own now.

Often, I think what causes divorce, especially in our clients, is we have two highly-educated people. One has a career that’s very demanding, but makes a lot of money, and the other takes on significantly more household responsibilities. Both have difficult jobs, but no matter how much they love one another, it’s hard for them to truly understand what it’s like for the other one.

After divorcing, the breadwinner now has to pick up their own cleaning, cook every day, take care of those kids, and the spouse that was home enters the workforce where there’s constant pressure, and it’s sad when I see these couples a few years later and they say, “I didn't realize how hard it was for my spouse.”

What are some steps people could take before deciding to divorce?

The first thing I recommend is to go through discernment counseling. It’s only one to four sessions, so it’s not trying to fix the marriage, but it will help you decide if divorce is truly the best path forward.

If you still want to work on your marriage, another path is to get a postnuptial agreement. This means documenting what would happen with the finances if you were to divorce. This can help put clarity around the finances while you focus on the relational parts of the marriage. We have clients who have had postnups and have been able to revive their marriages.

What is different about divorcing later in life versus when you’re younger?

Later in life, there’s usually less to negotiate around parenting issues. Having said that, divorce is still difficult for older kids, including adult children. They have this whole life of memories and now that's drastically changed.

Financially, there’s typically more assets to work with and you are hopefully not supporting your kids as much. On the challenging side, there’s not as many years to work and to recover from splitting assets and establishing a second home and other extra expenses you probably weren’t planning to have in retirement.

What kind of team does someone need to help them get through a split?

Your financial advisor is often the best place to start because they know all the assets and know the couple. Most times with our clients, we are the people they talk to first. We help them get organized. We recommend attorneys to them.

It’s really important to find a divorce attorney who has the right experience. If you are older, you may not need an attorney that's great at negotiating parenting plans, but you may need an attorney that's sophisticated on taxes, retirement plans, stock options, private equity, hedge funds, illiquid investments - someone who understands the complexities of your situation.

How do you ultimately reach a divorce settlement?

There’s three primary ways to get divorced in terms of the legal process. There’s the traditional way, where you each have your own attorney and they do most of the communicating and sometimes go to a judge. This approach can be slow, combative and expensive.

Another option is where your lawyers mediate a direct dialogue between spouses, or bring in an outside mediator, and you collaborate to create a solution in the context of the law, and also what’s important to each spouse and what’s best for their kids.

A third choice is called collaborative, which is somewhere in between traditional and mediation. Each spouse agrees that if they can’t come to a settlement agreement in a collaborative process that involves their attorneys, then they’ll start over with new attorneys. One benefit of this approach is it’s very private, which is especially important for executives and other high-profile people who don’t want their affairs in public court documents.

What does success look like for someone who has been through a gray divorce?

I would say the most important thing is making educated, informed, non-emotional decisions while processing the emotions. You want to look back and say that you were respectful to your spouse, that you were truthful, that you were transparent, and that you acted with integrity.

When you’re going through the finances, you don't need to know all the details. If you hire the right team, they should be coming to you with, “Here are a couple good options, here are my recommendations for you, and this is why I think it’s a good fit.”

But remember, you are the CEO of your divorce and your life. No matter how much you tell your attorney or financial advisor or therapist, you can never explain all of the nuances of your life. Listen to their advice and then trust your gut. Know that it will be difficult but that you will create a wonderful next chapter.

Charlie is a Partner and the Practice Area Leader of Retiring Well with CI Brightworth Private Wealth. Retiring Well is a new conversation on the familiar story of retirement; integrating the technical and personal sides of money. He is the host of the Retiring Well Podcast, a twice monthly conversation about life in retirement and how your money can be used to improve your life. Charlie is a CPA, CFP® practitioner and a Certified Financial Transitionist (CeFT). He is a graduate of the University of Florida and received a Masters in Accountancy from Kennesaw State University.