SECURE Act 2.0 – An update on where we stand 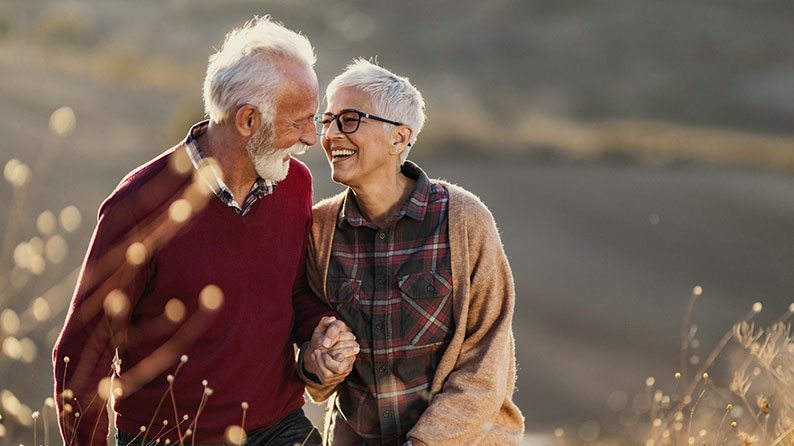 Shortly after the bipartisan SECURE Act was signed into law in December 2019, legislators began working on follow-up bills that would further enhance participation in retirement plans.1 These bills are collectively referred to as SECURE Act 2.0.

Below is a summary of the bill that passed in the House, followed by highlights of where the Senate bills differ.

The House’s version was first built on the original SECURE Act's changes to RMD dates. An RMD is a 'Required Minimum Distribution,' which is an annual amount you must withdraw from a traditional IRA beginning at a certain age. The original SECURE Act moved the first RMD date out from age 70.5 to age 72, and the new SECURE Act 2.0 would push that out to age 75 over the next decade as follows:

In addition to the headline changes to RMDs, the legislation introduced several other changes designed to encourage participation in retirement plans.

The original SECURE Act implemented a three-year timeline before part-time workers were eligible to contribute to a company 401(k) plan. The new SECURE Act 2.0 shortens this timeline to two years.6

A QCD is a ‘Qualified Charitable Distribution' that allows amounts up to $100K to be donated each year from a traditional IRA to any charity you choose, instead of taking your RMD. The cap on QCDs would be indexed to inflation10 and one QCD transfer to a charitable gift annuity or charitable remainder trust would be allowed, up to $50K.11

The Act specifically allows employers to contribute to an employee’s retirement plan based on an employee’s student loan payments. This arrangement isn’t new since some employers have already been doing this. However, it does eliminate the questions about its legality,12 and would apply only to SIMPLE IRAs and 403(b), 401(k) and 457(b) plans.13

Employers would be required to enroll eligible new hires into a defined-contribution plan at a pre-tax rate of 3% of the employee's pay, with an annual bump of 1% up to at least 10%,14 although employees may select a different contribution if they wish.

Some employers would be exempt from the mandatory enrollment, including small businesses with 10 or fewer employees, employers that have been in business for less than three years, churches and governments.

Other changes allow nonprofits to offer defined-contribution plans to their employees,16 and also create a lost & found database for individuals to find retirement accounts left at former employers.17

The RISE & SHINE Act under consideration in the Senate includes many of the same provisions as the House’s version of SECURE Act 2.0. Still, it adds several new provisions, including an employer-sponsored emergency savings account (ESA).18 This provision would allow employers to offer an ESA whereby employees could make pre-tax contributions to their accounts, and employers could match those contributions up to $2,500. Employees could withdraw from the ESA penalty-free at any time.

The Senate’s “Enhancing American Retirement Now (EARN) Act” also has several similar provisions to the House’s version of SECURE Act 2.0, but is focused more on retirement plan administration and access. It includes changes such as allowing employers to match student loan payments in the same way 401(k) contributions to an employer-sponsored plan are often matched now. The EARN Act also includes a provision allowing individuals to withdraw up to $1,000 from their retirement account for qualifying emergencies and not pay an early withdrawal penalty.19

Once again, all three of these bills will need to be reconciled, and a unified bill will need to be voted on and signed by the President before it becomes law. Several legislators have expressed a goal to have a final bill passed by the end of 2022.

Steve Novak serves as a Managing Director at RGT. He has spent the last twenty years advising wealthy individuals and family offices on estate, gift, and income tax planning matters. Most recently, Steve has been deeply involved in wealth education and family governance engagements.

Steve received his Juris Doctor degree and Bachelor of General Studies in Political Science from the University of Kansas. He has been involved in numerous professional and charitable organizations, including the Dallas Estate Planning Council, the Parkland Foundation Planned Giving Council, the SMU Planned Giving Board of Advisors, the Dallas Council on Charitable Gift Planners, and Campfire First Texas Council Board of Directors. Steve is also a frequent speaker on estate planning and charitable topics.

Corey Orthengren is a member of our Financial Planning Team. Prior to joining RGT, he worked as a commercial credit analyst for Amarillo National Bank, a regional bank in Amarillo, Texas. In his position, Corey did the underwriting for many commercial and industrial loans the bank made.

Corey graduated from West Texas A&M University with a bachelor’s in finance and accounting and a Master of Professional Accounting. He has passed the CFA Level 1 exam and is currently in pursuit of a CPA license and CFP certification.

9 Year-end tips to save on taxes

Executives are getting more cash bonuses. Here’s how to avoid spending it all.

Here’s how to avoid a big fat tax surprise