A bear market: Sowing the seeds for the next recovery 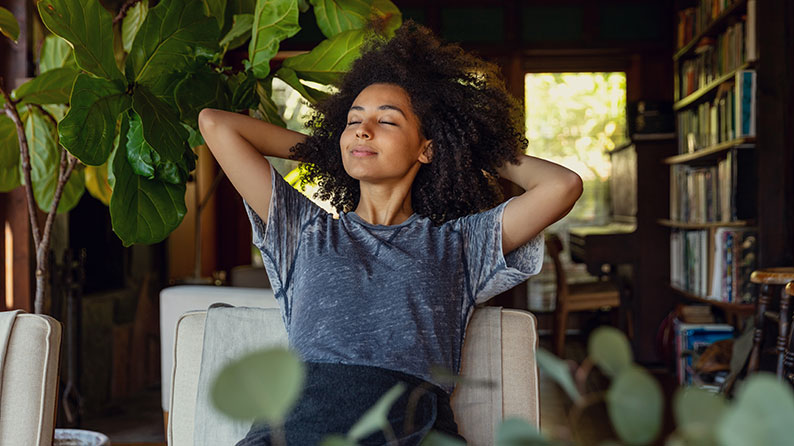 Vice Chairman of Berkshire Hathaway, Charlie Munger, in October of 2009 said, “…you can argue that if you’re not willing to react, with equanimity, to a market price decline of 50% two or three times a century, you’re not fit to be a common shareholder and you deserve the mediocre result you are going to get.”

Not all of us have the same experience and comfort with volatility as Mr. Munger, but we hope his quote can help contextualize the current stock market environment. In other words, if a 50% decline two or three times per century should be considered normal, then a ~20% decline is likely a lot more commonplace than that. And while we may take the other side of the argument—equanimity in the face of historic market drawdowns is not a requirement to realizing long-term equity returns—we do believe that some degree of composure likely is. And having a plan helps too.

From the closing price on January 3, 2022, through June 14, 2022, the S&P 500 Index declined by 22.1%. Since 1949, this is the 11th time stocks (as represented by the S&P 500 Index) have declined by 20.0% or more from recent all-time highs. There have been 15 additional declines of more than 10.0% and a further 43 declines of 5.0% or more.  As an equity investor there are only two states—the market is either at an all-time high or it’s not. Most of the time the market is in a “drawdown,” so getting comfortable with (or minimizing the discomfort of) not being at all-time highs will likely serve you well on a long investing journey.

The unofficial line of demarcation between the ordinary fluctuations of markets and a bear market has come to be a 20% decline. This is as arbitrary as any other number, but it’s round and frequent enough and results in a reasonable amount of discomfort for most investors not named Charlie Munger.  As you may have gathered from the prior paragraph, the S&P 500 entered a bear market this month – on June 13, to be precise.1

Many folks are likely grappling with the question, “What’s next?” Well, we can say with absolute confidence, “We don’t know.” But we can still try to think through what possible scenarios may look like. In the prior ten instances of entering a new bear market since the start of 1949, seven of those declines overlapped with a recession in the United States. Unsurprisingly, bear markets associated with recessions had more downside than those not associated with a recession.

On average, a broader economic recession has had material implications for the stock market. So, depending on your views regarding the likelihood of a recession, or the Federal Reserve’s ability to navigate a “soft landing” while raising interest rates to tame inflation, that may influence your desire to be aggressive. But what if we don’t want to play the economic forecasting game?

In the prior ten instances of entering a new bear market since the start of 1949, forward returns from that date, regardless of recession or not, were:

So, on average, if you look out three-to-five years, investing immediately following the onset of a bear market has typically yielded above-average to approximately average historical returns. There is no silver bullet, however, and the past is not always representative of the future, so investing as though it is may not be wise. But it is something to consider.

We admittedly do not know what the next six months, eighteen months, or three years will look like, but despite wars, inflation, and some fits and starts over the last couple hundred years, the global economic engine has continued to hum. Optimism has paid more than pessimism, and patience has been the friend of the equity investor—something we expect to continue.

Chris Rachfal is a member of our Research and Investment Management Team. Before joining RGT, he spent three years at Hirtle, Callaghan & Co. in West Conshohocken, PA managing portfolios on behalf of high-net-worth families. Prior to that, he was a financial analyst at EducationDynamics, LLC in Hoboken, NJ.

Chris graduated from Georgetown University with a Bachelor of Science in Business Administration while majoring in Finance and Marketing. He holds the Chartered Financial Analyst® designation and is a member of the CFA Society Dallas/Ft. Worth.

This information is for educational purposes and is not intended to provide, and should not be relied upon for, accounting, legal, tax, insurance, or investment advice. The contents are not, and are not intended to be, advice tailored to any particular person or situation. We encourage you to speak with a qualified professional regarding your scenario and the then-current applicable laws and rules.

Advisory services are offered through CI Private Wealth and its affiliates, each being a registered investment adviser regulated by the US Securities and Exchange Commission (“RIAs”). The advisory services are only offered in jurisdictions where the RIA is appropriately registered. The use of the term “registered” does not imply any particular level of skill or training. For a complete discussion of the scope of advisory services offered, fees, and other disclosures, please review the RIA’s Disclosure Brochure (Form ADV Part 2A), which is available upon request to the RIA and online at https://adviserinfo.sec.gov/. We also encourage you to review the RIA’s Form CRS and Privacy Policy, which are also available upon request to the RIA. The RIA also has a Code of Ethics available upon request.

The S&P 500, is a stock market index tracking the stock performance of 500 large companies listed on exchanges in the United States.  It is not possible to invest directly in an index.