Simon and Martina Living the Dream on YouTube, Investing for Real Life 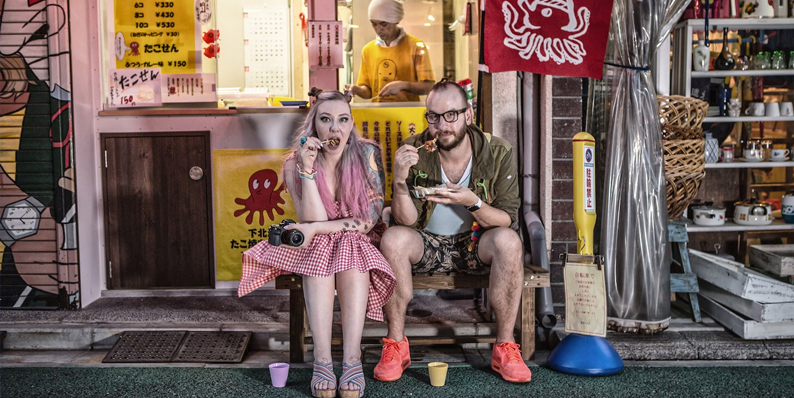 CI Direct Investing is a robo-advisor that aims to make investing easier for all Canadians. In our Investing for Everyone series, we’re sharing inspiring stories from our clients about how they’re building a brighter financial future. Enjoy!

Simon and Martina’s YouTube channel has over 1.2 million subscribers-which is a lot. This married couple from Canada is sharing their food and travel adventures with the world. They lived in Korea for over seven years. These days, they’re based out of Tokyo,  exploring the cuisine and culture of Japan. Who knows where they’ll go next!

Simon talked with us about the financial realities of being a YouTube star. How are they planning to achieve financial freedom while living their dream? See how they’re investing for real life.

What did you do before you started posting videos to Youtube? Where were you from?

We had both just finished our year in Teacher’s College back in Ontario. We attended an international job fair right at the end of our program and saw a presentation on teaching English in Korea.

I had worked at an after school program for Korean students back in Toronto. My students there were absolutely lovely, so Martina and I figured it’d be a good idea to go to a country full of Korean students. We were right!

So we went to Korea to teach English back in May 2008, and started blogging as a hobby. 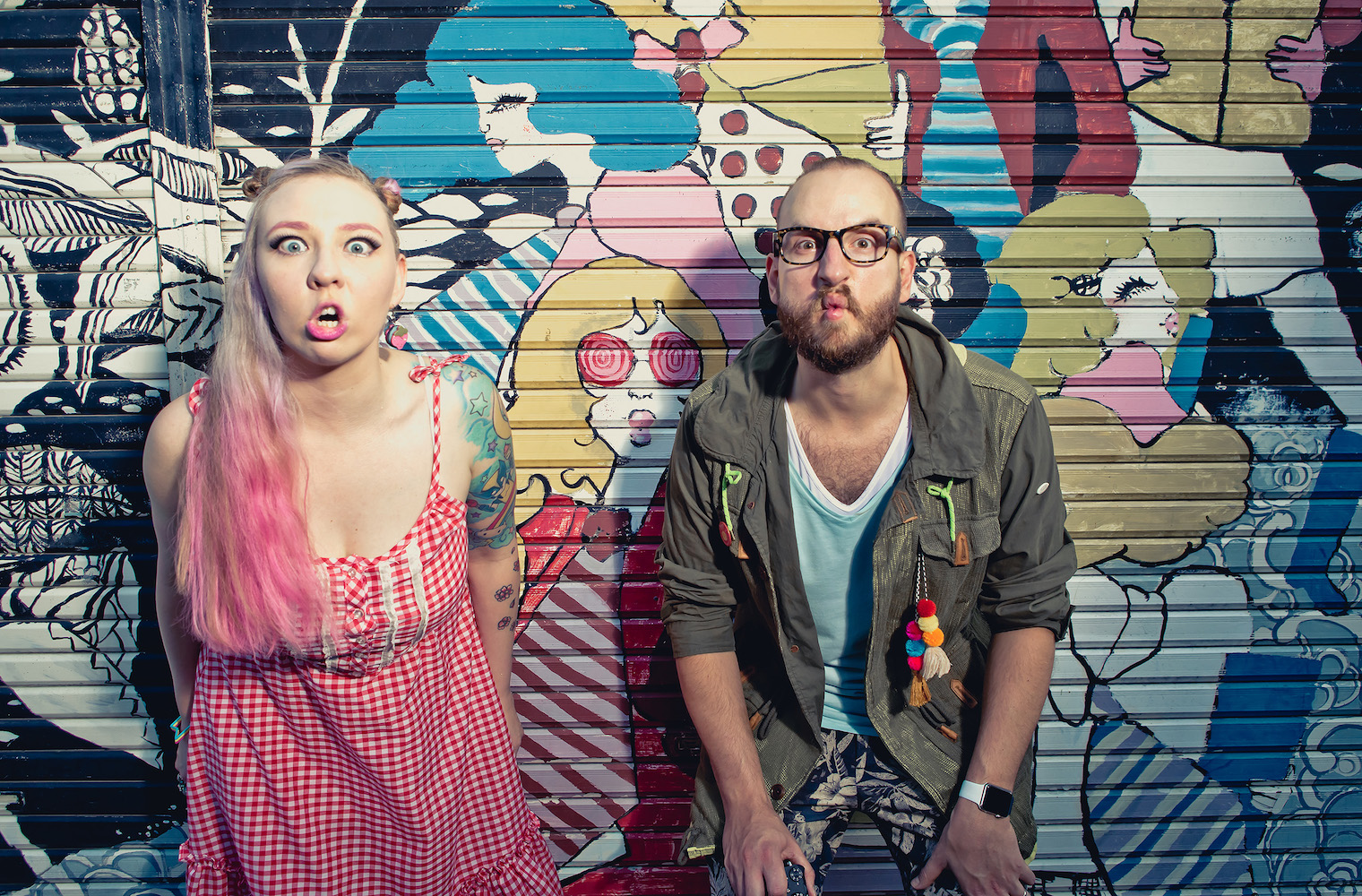 How did you start video blogging? What was your big idea – and how did you attract an audience?

We didn’t necessarily plan our channel with any big ideas in mind. It was more of a means of connecting with our family. The day before we flew out, North Korea threatened to cover South Korea in an ocean of fire. So our families were very worried, as were we.

When we landed in Korea, though, we noticed that everything was just fine and nobody was worried. After a few years of living in Korea we learned that North Korea regularly threatens South Korea with violent water metaphors. Lakes of destruction. Rivers of pain. Seas of fire. Stuff like that. We actually find it a bit funny now how North American media still buys into these threats and features them prominently.

Anyways, we started making videos the day that we landed to show our families that we were OK. We showed them what restaurants were like, what our neighbourhood was like, what our schools were like, all in an attempt to ease their minds.

We couldn’t host these videos on our own website because the videos were so big, so we hosted them for free on YouTube. You can’t beat free, especially if you’re just coming out of college with a thwack of debt on your shoulders.

Somehow, though, people that weren’t our families started watching our videos as well. We didn’t plan for that. And so we started making videos for our new viewers that wanted to know more about where we’re living. And we haven’t stopped. 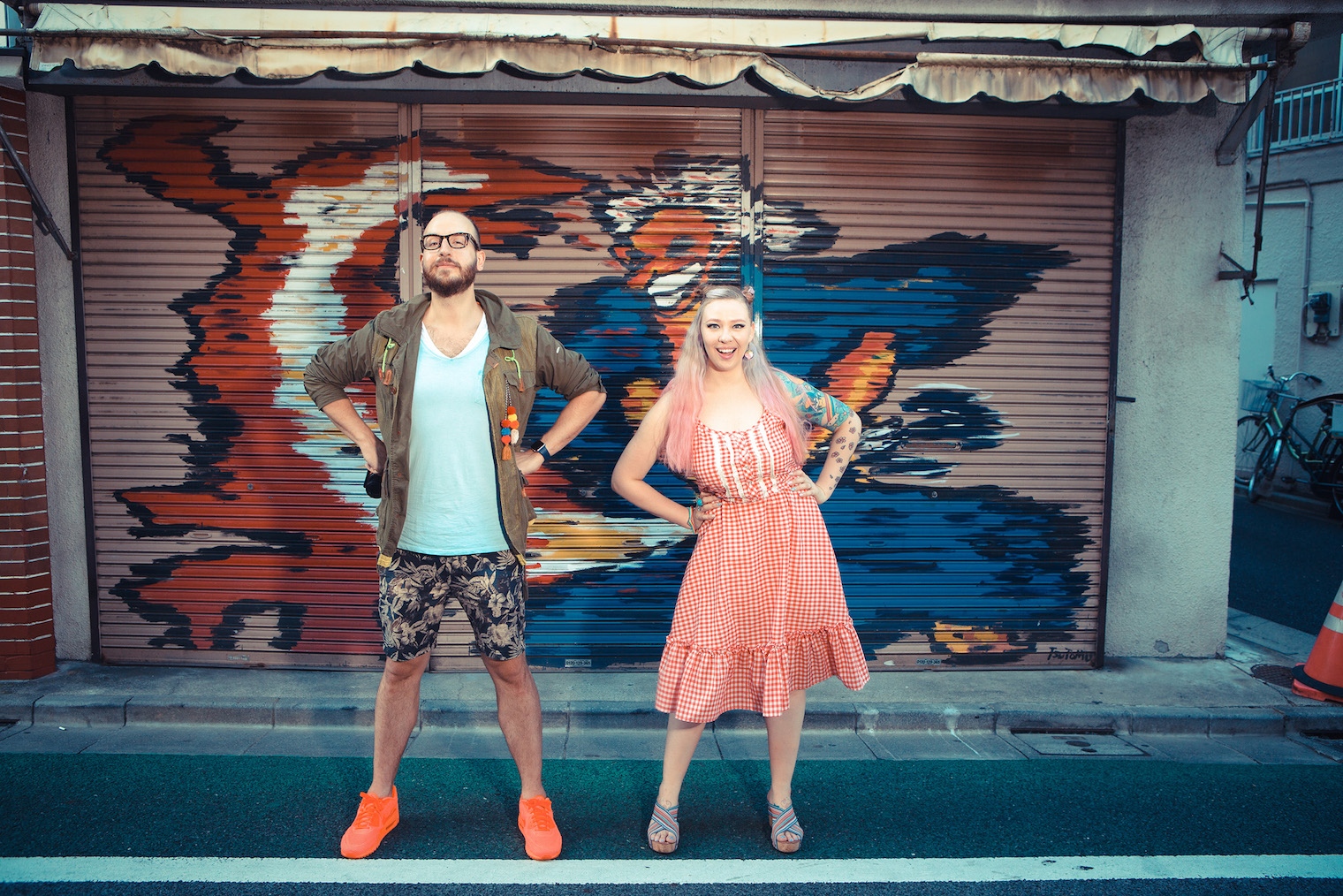 How did you build up your audience and get momentum?

We just fell in love with video making. It’s really fun! It’s a lot of work, but it’s rewarding work to put a video together.

For the first two years of making our YouTube videos we didn’t make any money off of it. YouTube wasn’t offering ad placements for channels in Asia. But money wasn’t our motive. We just really like making videos!

Near the end of our second year, however, YouTube started offering ads. We thought to ourselves that there might be a big opportunity here. So I quit my job as a teacher to focus on our videos and website while Martina continued to work as a teacher to support the dream. We were on our way! This was going to be a bright, new future! We were excited!

Our first month’s paycheque from YouTube was $5. It wasn’t an easy transition.

Fortunately for us, however, by the end of Martina’s year of teaching we were making enough off of YouTube so she could quit teaching as well. More people were tuning in. Our audience kept growing. And with it, so did our goals. We were able to set up a studio, hire staff, open a coffee shop, and do many tours and fan-meets around the world. It got to be a lot bigger than we had ever expected, and still surprises us to this day.

It’s still a pretty rare and fantastic thing to be a YouTube star, sharing your passion via video. What has surprised you along the way?

What surprises me is that I think YouTubing can quite possibly be the most rewarding job on the planet.

If you work at the DMV, or a supermarket, or in an office somewhere, you often run into angry customers, mean bosses, and frustrating work environments.

For us, though, we don’t have angry bosses. We don’t have any boss. It’s just us finding things that inspire us and letting our creativity run wild. And when we post a video, we get very many loving responses from our viewers, and it just makes us happy. So happy.

We get many emails from people telling about how our videos have helped them through tough times, or how our videos have inspired them to travel, to change their lives. I feel like I’m impacting more people now than I would have otherwise. I can’t think of another job that’s anywhere as satisfying.

What’s different about CI Direct Investing that attracted you to it?

We read a couple of books about investing as a non-resident, and found that our bank doesn’t offer us that option. So we spoke with our financial advisor and they recommended CI Direct Investing as a viable option. It sure beats the hell out of just putting our money into our savings account!

What did you know before about money and investing for real life?

I knew nothing about money before. I spent money as soon as I got it. I was in a lot of student debt in university as well.

Martina, on the other hand, was a lot better than I was. She had invested in mutual funds from a young age, and had worked all throughout university. I wish I followed a similar path of being responsible when I was younger. They say the best time to plant a tree is 20 years ago and the second best time is now. Well I wish I planted 20 freaking years ago!

So, do you handle money differently now?

Oh, for sure. Now we’re thinking a lot more about our long term future. Our careers as YouTubers aren’t secure. Any day now people can stop watching our videos and stop caring about what we make. Then what?

And there’s no YouTube pension fund, either, like we would get if we continued as teachers. And, to boot, we’re not living in any country for a substantial part of our lives. So our old age security is something we have to consider. That’s why now we’re more interested in saving for the future. Five years ago we didn’t think much about how long we’d be doing this YouTube gig for. But now that we’re deep into it, we’re starting to think a lot more responsibly.

What are your financial goals?

Do you see yourself doing this forever, retiring with your YouTube millions and plunking yourself down on a beach in Pusan for the remainder of your days, taking up woodworking…?

We have a target portfolio balance in mind before we can say that we’ve earned financial freedom and we could retire. But even if we get there I don’t think we’ll stop making videos. YouTubing isn’t a job for us. It’s really fulfilling work.

So, medium term goals are to live frugally until we have a big enough of a nest egg to retire.

Where we’ll make those videos once we retire, though, we’re not sure yet.

We’re talking about it from time to time, though. We’re discussing where we’d like to be. Can we get a house in the countryside in Japan? Maybe we can build an earthship somewhere in France? Do we want to move back to Canada, if the real estate market becomes in any way reasonably affordable? Because right now the real estate market in Toronto is horrrrrrible.

I can see ourselves slowing down more when the signs of old age and poorer health start demanding more of our attention. But I still see us making videos because we just really like making videos.

How to Maximize Your TFSA Investment

What is an ETF?