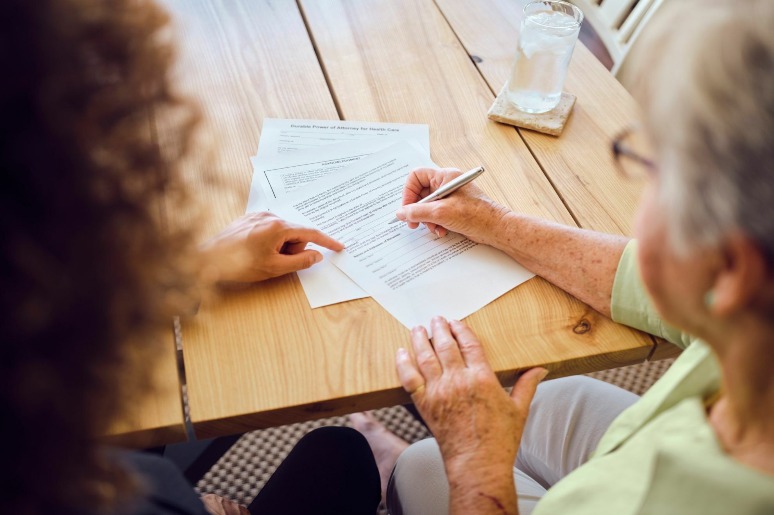 Bob has made an appointment to see Maria, a financial advisor. Maria has not met Bob before but for some reason his name rings a bell. As it turns out, Bob is the power of attorney for his Aunt Gertrude, a long-term client of Maria’s. Bob tells Maria that his aunt has recently been declared incapable of managing her financial affairs and he is her power of attorney. When they meet, Bob provides Maria a copy of the POA.

Bob is anxious to make some changes to Gertrude’s portfolio. In addition, he wants to gift some of Gertrude’s funds to himself and some of his cousins. After all, he tells Maria, “My aunt won’t need the money, she is very comfortable,” and he says that he and his cousins could really use the money. He also wants to make a gift to Gertrude’s church on her behalf. Maria knows that Gertrude always had a charitable intention and gave a gift to the church each year at Christmas.

Bob wants to discuss the impact these steps will have on Gertrude’s estate plan and the tax implications of the steps. Bob has not brought in a copy of Gertrude’s will and Maria has never seen it. Gertrude was always very private so her lack of sharing does not come as a surprise. But Maria is hesitant and concerned about whether Bob even has the legal ability to take the planned steps. Can an individual who is acting under a power of attorney make gifts or change beneficiary designations?

An attorney is a fiduciary for the person who granted the power of attorney and fundamentally must act in the person’s best interest. Gifting Gertrude’s funds reduces her assets and would seem contrary to this fundamental duty. However, in most provinces, the answer to whether Bob can make gifts is “maybe.”

The first place to turn is the legislation in the province where the grantor resides. Most provinces provide that in limited circumstances an attorney such as Bob may make a gift or a loan to the grantor’s friends and relatives and a gift to a charity.

Usually, the legislation only permits gifts when Gertrude’s remaining assets will be sufficient to satisfy her basic needs and when there is evidence she would have made the gift had she been competent. With respect to charitable gifts, provincial legislation usually allows the gift only if Gertrude authorized it in her power of attorney or if there is evidence she made similar gifts when capable.

However, a careful reading of the governing legislation in the particular province is required, as there are variations. For instance, in Saskatchewan, gifts are limited to $1,000 and the attorney is specifically prevented from making gifts to himself, subject to any specific authority granted in the power of attorney itself. In Ontario, charitable gifts are limited to 20% of the income of the property of the grantor in any particular year and any maximum set out in the power of attorney.

Therefore, before they can proceed, Maria and Bob should review both the power of attorney and the provincial legislation. They should also review Gertrude’s will to ensure that any gifts would not be inconsistent with her estate plan.

Even if satisfied the gift is authorized by the POA and the legislation, Bob should proceed cautiously. The courts have reviewed gifting by an attorney in several cases. For instance, in Westfall v. Kovacec Estate the Ontario Court of Justice held it could not authorize the gift. In that case, the attorney argued that the gift was a small amount, the attorney really needed the money, the incapable person did not require the money, and that the attorney was likely to eventually inherit in any event. The court, however, said that these grounds are no more justifiable then is theft. Clearly, the stated reasons were not consistent with the provincial legislation as there was no evidence the giftor would have made the gift if competent.

As far as the RRIF is concerned, Bob would appear to be out of luck. The general consensus in Canada is that a beneficiary designation on life insurance policies, pensions, RRSPs, RRIFs and TFSAs is a testamentary disposition and thus cannot be completed by a POA in any circumstances. That said, British Columbia has softened its rules and allows a POA to continue an existing designation either on the transfer in of a registered plan from another financial institution, or on transition of one plan type to another. The courts have also taken a hard stance against such changes.

Maria and Bob both have to proceed with caution to avoid breaching his duty to his aunt. Proceeding without a careful review of the legislation and the power of attorney document can lead to liability for the attorney and potentially could ruin family harmony if family members question the gifts.