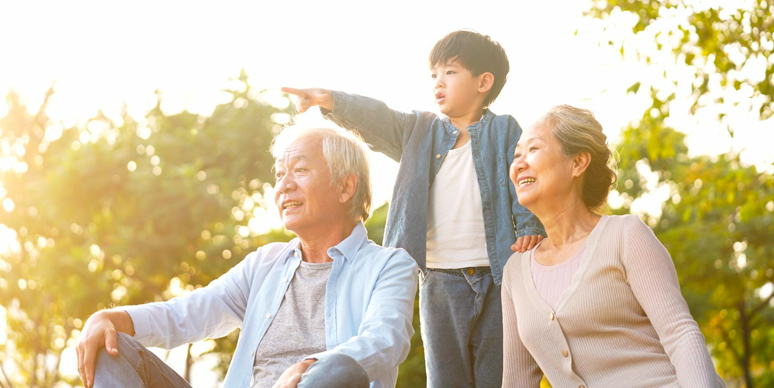 Canada’s 2016 census made headlines as it demonstrated that for the first time Canada had more seniors then children. The census disclosed 5.9 million Canadians over the age of 65 compared to 5.8 million under the age of 14. This demographic shift is fundamental as it demonstrated the importance of the retirement segment. However, Canada’s population under the age of majority continues to be a significant segment of the population. Some of whom will inherit funds before reaching their majority When assets are left to a minor, either as a beneficiary of a Will or as a named beneficiary of a registered or insurance product, it is essential to ensure proper steps are taken to name a trustee and to set out the powers that trustee has to invest and administer the funds.

When money is left to a minor without naming a trustee it can create expense and upset because minor children are considered parties under a disability and are not entitled to receive funds directly. Therefore, funds left to a child must be received by a Trustee on behalf of the child and kept invested for his or her benefit until the age of majority or, if desired used to purchase an annuity.

A child’s parent, while automatically the guardian of the child’s person, is not automatically the guardian of the child’s property. When a child inherits, either as a beneficiary in a Will or as a named beneficiary in a registered or insurance product and a Trustee has not been named, the child’s parent or guardian must apply to Court to be appointed to manage the child’s property. The provincial agency mandated to protect minors must be served with the Application and will respond to it on behalf of the child. It is not automatic that the Application will succeed. In some cases where a child’s parent or guardian applies, he or she may be considered to have a conflict of interest if he or she wishes to access the funds to help defray his or her own obligation to support the child.

If no Trustee is named, and no guardian appointed by the Court, the funds will be paid into Court to be managed by a provincial government agency. Likely this is not the outcome the deceased would have wanted and does not provide for professional investment advice.

Minors and Will Planning

A minor may be named as either a legatee or as a residual beneficiary. A legatee is a beneficiary who is entitled to a specific asset or sum of money. Where a legacy is left to a minor it is important to review the applicable provincial rules. Some provinces permit a small amount to be paid directly to the minor without the need of a court application. Ontario, for instance allows up to $10,000 to be directly transferred directly. However, where the legacy is greater then the provincial limit or where the gift is residual to avoid the expense of a court application a trust should be created as part of an estate plan naming a trustee, setting out the power of the trustee to pay income or capital for or to the minor, the age at which the child will become entitled to the capital and the investment powers of the trustee.

Often a beneficiary designation on an insurance or investment product is not done with the same formality as a Will. Often beneficiary forms are signed as part of the benefits packaged offered through work and as a result legal or investment advice is not sought. In these circumstances the appointment of a trustee and their powers are often left to the fine print of the form. Forms are not standard. Most have a place where a trustee can be named, however the forms differ as to the powers the trustee, if any, has.

Where the forms are silent the form creates a bare trust where the trustee may hold the funds and invest them but cannot pay any amount to or for the minor. Another complicating factor is that the forms always limit the funds to be held until the age of majority, after which the child is entitled to the funds.

Beneficiary designations do not have to be made on the investment account forms the terms of any trust can be done separately as a stand-alone document, or in a Will often by incorporating the terms by reference to other trust terms set out in a Will.

There are two potential drawbacks to a designation in a Will. Firstly, a beneficiary designation will only apply to those plans in existence at the time the will is executed, so if other products are purchased after the Will is executed, they will not be included in the terms set out in the Will. Secondly, there may be an argument made that the funds pass through the Will and thus become part of the estate. To ensure this does not happen some practitioners recommend the terms be repeated as an appendix to the policy or product and not incorporated by reference.

It is possible to direct the Trustee of the registered funds to purchase an annuity for the minor child. Again, this direction or power should be specifically set out. There may be some advantage to purchasing an annuity because RRSP/RRIF proceeds can rollover tax-deferred where the proceeds are used to purchase a fixed-term annuity. The annuity can provide for payments based on a period of not more than 18 years minus the child’s or grandchild’s age at the time the annuity was bought. The payments from the annuity must start no later than one year after the purchase. The annuity payments will be taxable as ordinary income to the child in the years they are received. While an annuity will provide some tax savings it should be weighed against the desirability of holding the funds and investing them over a longer period of time. This will require a calculation as to the possible return weighed against the tax savings. Should the funds be held in a trust the tax will be deferred to age 18 when there will be a disposition.

Gifting funds to a minor, either in a Will or as a beneficiary of an investment product can be complex. Proper legal and investment advice is always a sound place to start the process.

Momentum investing identifies securities likely to benefit from a trend. Momentum ETFs are an easy way to access this factor-based approach. Read on to find out more.

Maximize your digital presence and take your business to the next level with these 5 strategies.
view all