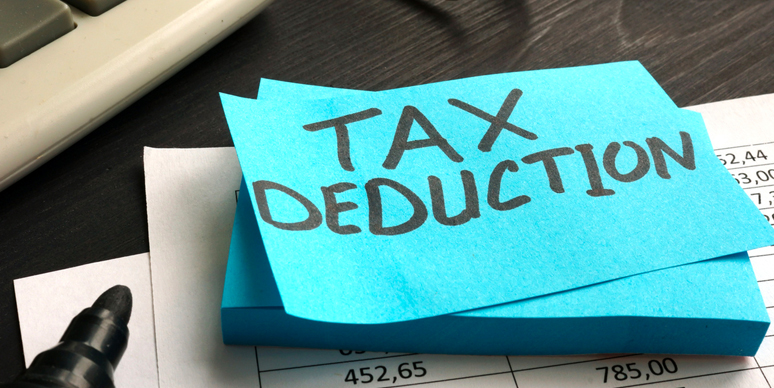 According to CRA Income Tax Folio S1-F3-C2, in order for a house to qualify for the principle residence exemption for each year it is owned, it must be ordinarily inhabited in the year by a person (that is, the taxpayer, the taxpayer’s spouse, common-law partner, former spouse, former common-law partner or child). This determination must be resolved on the basis of the facts in each particular case. If the main reason for owning a housing unit is to gain or produce income from it, then that housing unit will not generally be considered to be ordinarily inhabited in the year by the taxpayer where it is only inhabited for a short period of time in the year. With regard to whether the main reason for owning a housing unit is to earn income, a person receiving only incidental rental income from a housing unit is not considered to own the property mainly for the purpose of gaining or producing income. The term “incidental” is not defined by CRA in the Income Tax Folio; however, when determining whether there is a change in use or partial change in use (i.e. from principle residence to income-producing) the Income Tax Folio says that the entire property retains its nature as a principle residence, where all of the following conditions are met:

The CRA has also commented, in various Technical Interpretations, that:

Unfortunately, there is no clear rule as to whether 40% represents “ancillary” or “incidental” use. The taxpayer could try to get an Advanced Income Tax Ruling on this from the CRA. Further information with respect to this process can be found here:

For superficial losses, is it 30 calendar days or 30 business days?

Provided identical property is not acquired or reacquired during the period that begins 30 calendar days before or 30 calendar days after a disposition, the superficial loss rule will not apply, allowing the taxpayer to immediately claim their capital loss. Where identical property is acquired or reacquired during this period, the taxpayer’s capital loss would be suspended – that is, the loss would be denied at that time, but added to the adjusted cost base of the acquired/ reacquired property, which allows for the loss to be claimed on a future sale, subject to the same superficial loss rule.

Can you please talk about ‘superficial loss’ and mutual funds? Especially: if we buy a new fund, is that an issue under the substituted property” rules?

Some considerations with regard to superficial losses and fund investors:

Our article Superficial Loss Rules and How to Plan Around Them provides additional detail with regard to application of these rules for investors. If you seek additional clarity on this matter, please send your questions to Vincent and he will direct them to our team.

What about switching from an index fund tracking a different index, such as S&P 500, over to US total Market?

As per the CRA’s interpretation bulletin IT-387R2, identical properties are properties which are the same in all material respects such that a prospective buyer would not have a preference for one versus another. The bulletin goes on to say, in determining whether properties are identical, it is necessary to compare the inherent qualities or elements that give each property its identity, understanding that such a determination is a question of fact based on the details of each situation.

With respect to your specific question, the CRA has indicated that where two index funds track different indices (e.g., S&P 500 vs a non-S&P 500 index), these properties would not be identical properties for purposes of the superficial loss rule, regardless of whether these products are offered by the same or different financial institutions. On the other hand, where two funds track the same index, they would normally be considered identical properties regardless if offered at the same or different institutions. Below are comments from the CRA via technical interpretation #2001-0080385.

“Subject to an analysis of all the relevant facts, in our view, a TSE 300 Index Fund, for example, would generally not be considered identical to a TSE 60 Index Fund. Whether any other investment instruments are identical properties is a question of fact as discussed above. However, as indicated in paragraph 1 of Interpretation Bulletin IT-387R2, Meaning of “Identical Properties”, it is our view that “ ‘Identical properties...are properties which are the same in all material respects, so that a prospective buyer would not have a preference for one as opposed to another.” Accordingly, an investment in a TSE 300 index-based mutual fund of a financial institution would, in our view, generally be considered identical to an investment in a TSE 300 index-based mutual fund of another financial institution.”

Will the prescribed rate be lowered?

We are expecting the CRA prescribed rate to be lowered to 1% on July 1, 2020. The prescribed rate of interest is set on a quarterly basis based on the average of the Government of Canada three-month Treasury Bill yield for the first month of the previous quarter. Given the low rates for April 2020 (i.e. the first month of the previous quarter) the rate on July 1, 2020 should be lowered to 1%. Note that the rate can never be zero as the formula requires that the rate be rounded to the next highest whole percentage point. Since April 1, 2018, the interest rate has been 2%.

Would prescribed rate notes apply to a loan from a corporation?

Loans between family members that are payable at the prescribed rate allow for income splitting from a higher income earner to a lower income earner, provided all other criteria are met. Having a
corporation loan an amount to a shareholder could cause adverse tax consequences due to the shareholder loan rules described below.

Where a corporation loans money to:

the debtor, is required to include in their taxable income the full amount of the loan (i.e. not just the interest) unless they meet certain exceptions, the most common of which is that the loan is repaid by the end of the corporation’s fiscal year-end following the year in which the loan was advanced. For example, assume a corporation with a December 31 year end loans it’s sole shareholder $100,000 on January 1, 2020 (i.e. during the corporation’s Dec. 31, 2020 year end). The loan would need to be repaid by Dec. 31, 2021 otherwise the shareholder would have an income inclusion of $100,000 in their 2020 taxation year. There are a couple things to note with this example:

Husband dies in January holding a RIF with wife as full beneficiary. Assets transferred to wife’s RIF. Wanted to withdraw $40,000 of investments before transferring them to wife. T4RIF slip was issued in wife’s SIN and want that income to go to her husband because he died so early in the year. Is there an election that can be done to have it included in husband’s income instead of wife’s?

When an RRSP or RRIF annuitant dies with a surviving spouse or common-law partner (CLP), the CRA generally allows the couple to structure their tax affairs in a manner that allows for the least amount of tax payable legally allowed under tax law. This includes, where it makes sense, full, partial or nil rollovers to the surviving spouse or CLP – there are procedures to allow for this. However, these procedures normally require the planning or desired option to be communicated to financial institutions before the settlement (i.e., payout from the RRSP/RRIF) occurs. Once the payout occurs and tax slips are issued, options become limited.

For more information respecting RRSP/RRIF settlements at death and whether or not tax-deferred rollovers make sense please click here.

What are your thoughts on “thawing and refreezing” estates at this time?

Although a thaw and refreeze is not appropriate in all cases it is something that should be discussed with your business owner clients given the current market. A thaw involves the unwinding of an estate freeze. It may or may not be followed by a refreeze, where the corporation is refrozen at a lower fair market value then used in the original freeze.

Assuming the corporate documents or trust documents which originally froze the corporate value do not limit the directors or trustees and the costs incurred in a thaw and refreeze are not prohibitive given the upside value which may be achieved there are several potential benefits of a refreeze including: