Registered products: When the court decides who your beneficiary will be 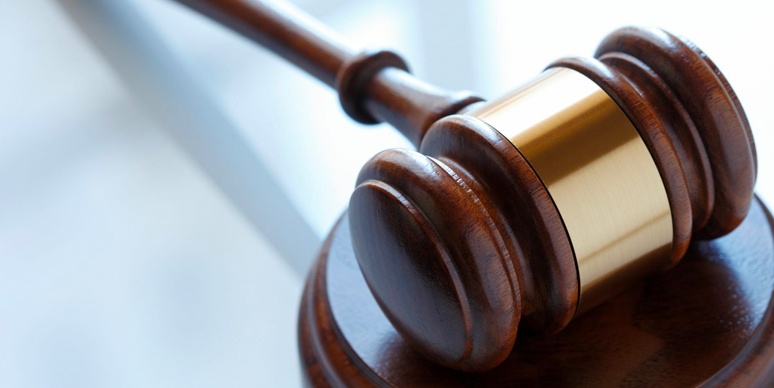 Registered products and life insurance are integral aspects of an individual’s retirement and estate plan. Both provide convenience by allowing a beneficiary designation within the policy or through a separate designation, including a designation in a will. Such designations help to minimize probate tax, as the proceeds of the product pass to beneficiaries outside the estate.

The most recent case is Re: Morrison.[1] Mr. Justice Graesser of the Alberta Court of Queen’s Bench released his ruling on December 8, 2015. The issue before the court was whether a RRIF was an asset of the deceased’s estate to be divided between the beneficiaries named in the will, or whether the RRIF proceeds should flow to the beneficiary named in the RRIF’s designation form.

John Morrison died in November of 2011. In his will dated March 2002, his estate was to be divided equally among his four children. In July 2002, Mr. Morrison signed a designation form listing his son Douglas as the beneficiary of a RRIF valued at $72,683.00. At the time of his death, his estate, not including the RRIF, was valued at $77,000.00.

The remaining Morrison children were upset by the apparent inequality. The estate was responsible for the tax liability associated with the deemed disposition of the RRIF on death, so they were paying the tax but their brother was receiving the funds. Douglas also would receive one quarter of the estate as a beneficiary named in the will.

The court held that beneficiary designations on life insurance policies and on registered products are subject to a presumption of a resulting trust where there is a “gratuitous” and “unexplained beneficiary designation.” Where the court finds the presumption, it is up to the named beneficiary to rebut the presumption. In this case, the court held that Douglas was able to rebut the presumption by pointing out, among other things, the close relationship Douglas and his father shared and the assistance he had given his father when his mother died in 2002. However, the court continued that it would be unfair for the estate to bear the tax burden associated with the RRIF and made the receipt of the proceeds conditional on payment of the associated tax, pointing to its inherent jurisdiction to avoid unjust enrichment.

In Neufeld v. Neufeld[3], the British Columbia Supreme Court was asked to determine the proper beneficiary of a RRIF. Charlotte Neufeld was sophisticated in financial matters and when she discovered she was terminally ill, began to research methods to minimize probate taxes. As a result of her research in the weeks leading up to her death, Charlotte added her brother Siegfried as joint owner of her bank account and GIC and named him as beneficiary of her RRIF. Charlotte was the sole contributor to all the accounts and the impetus for altering her affairs was to avoid probate taxes. She also entered a will naming Siegfried as executor, and named both her brothers Harry and Siegfried as residual beneficiaries.

After her death Harry brought an action claiming that the bank account, GIC and RRIF were held in a resulting trust for Charlotte’s estate and should be equally distributed to both he and Siegfried. Siegfried agreed that the bank account and GICs were a resulting trust as there is a presumption of resulting trust in similar situations. However, he contended the presumption should not apply to the RRIF because beneficiary designations in registered products are governed by legislation and altering the designation would, in effect, amend that legislation.

The court held that the presumption of resulting trust applied and that Siegfried was unable to rebut it. The court pointed to the research into probate tax savings, and the fact that Charlotte’s estate plan would appear to be defeated should the RRIF pass outside the estate.

An example within the life insurance field is Mitchell v. Clarica Life Insurance Co.[4], where the deceased changed the beneficiary designation on his insurance policy from his estranged second wife to his three children. One adult child was from an earlier marriage and the other two were minors from the second marriage. The evidence established that the second wife had paid all premiums and the policy had been purchased to provide for her children in the event of the deceased’s death. The court found the policy was held by the deceased in a resulting trust for his second wife and he could not change the beneficiary designation. As a result, the second wife was entitled to the proceeds.

One could argue whether the court should be able to amend a designation, since the person who made the designation is no longer available to provide evidence about their intentions and the legislation governing designations is straightforward. However, in the above cases, while debatable, it would appear the courts came to a fair and equitable result.

In other cases the fairness of the result is not as obvious.

For instance, in Orpin v. Littlechild[5], the court considered a standard clause in a will and determined it revoked an insurance designation entered almost contemporaneously to the signing of the will. In March 2009 Mr. Littlechild transferred his RRSP to London Life Insurance Company and designated his wife, Ms. Orpin, as the beneficiary of the resulting RRSP insurance policy. Two years later, on March 15, 2011, he signed a change of beneficiary designation with London Life which deleted Ms. Orpin and named his sons as the beneficiaries of the policy. Ten days later, on March 25, 2011, he executed a new will leaving his estate to Ms. Orpin. Included in the new will was a very broad clause which read:

The court concluded that the policy in question was caught by the broad wording “or any other similar device” in the clause and created a declaration in favour of Ms. Orpin. One could argue that the policy was held in a resulting trust in favour of the estate. After all, Mr. Littlechild controlled the account and had supplied all funds in it. Alternatively, one could also argue Mr. Littlechild wanted to benefit both his wife, by naming her beneficiary in his will, and his children, by naming them beneficiary of the RRSP. However, the court declined to entertain either argument and instead chose to concentrate on the interpretation of the words in the will.

In Re: Morrison, the court acknowledged that its decision could have an impact on the investment and brokerage industry. The Judge noted there are millions of RRSPs, RRIFs and life insurance policies that have designated beneficiaries and that the law will be uncertain for some time, presumably until the Supreme Court of Canada has an opportunity to review the doctrine.

From the advisor’s perspective, it is important to ensure a client’s intentions are well documented. This was certainly the recommended avenue in Re: Morrison, where Mr. Justice Graesser expressed concern that, without that evidence, there may well be a floodgate of cases challenging beneficiary designations.