Restraints to Testamentary Freedom When Drafting A Will 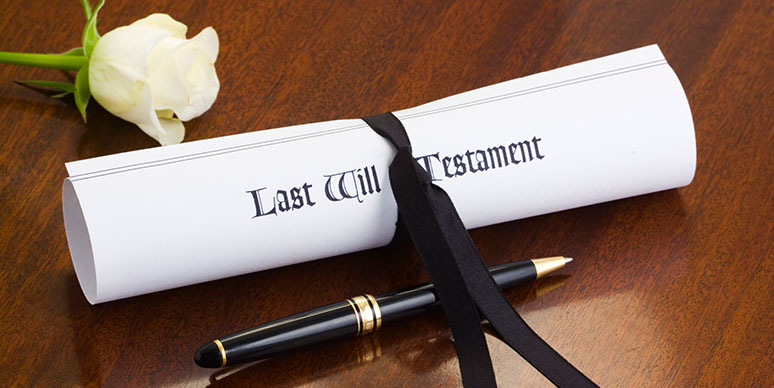 A will is a cornerstone  of an estate plan and careful planning is required before  executing it. During that planning process, it is important to consider any restraint on testamentary freedom. Restraints may be legislative, based on public policy or a result of contractual duties.

An example of legislative restraint is Ontario’s Family Law Act, which allows a surviving spouse an election between the benefits left in the deceased’s  will or a right to a family property division which would have been available had the marriage ended in divorce or separation. Another example is British Columbia’s Wills, Estate and Succession Act, which allows a court to vary a will if in the court’s opinion the will did not adequately provide for the proper maintenance of the deceased’s spouse or children.

Public policy restraints were considered in regard to Leonard, where the Ontario Court of Appeal held that a trust, which provided a scholarship to recipients who were white, Christian and of British nationality or parentage and which directed that only 25% of recipients could be women, was contrary to public policy and therefore void. A more recent example was McCorkill v. Streed, where the New Brunswick Court of Appeal declared a gift to the National Alliance of Virginia to be contrary to public policy and therefore void. The National Alliance was found to be a white supremacist and hate inspiring organization.

Often the ability to dispose of assets is encumbered by agreements the deceased entered during his or her lifetime. It is important to review any legal agreements, including separation agreements, custody orders and in the case of a business owner, a shareholder’s agreement, and ensure they are fully understood. Failure to fully understand the terms can lead to expensive litigation, unintended consequences and disruption to family harmony.

For instance, in Frye v. Frye Estate, five siblings; Cheryl, Jack, Donny, Bing and Cam owned an equal number of shares in a family business started by their father. When Cam died, his will left his shares to his sister, Cheryl. This was contrary to an existing shareholder’s agreement  which provided that before shares could be transferred, at least three of the siblings must consent. Further, the agreement provided that if a shareholder wished to sell, he or she must first offer the shares to the company and if the company did not wish to purchase, offer them on a prorate basis to the other shareholders. The shareholder’s agreement also included a term which provided that the intent of their father was to preserve the company as a family business and for all the children to share equally.

The Court of Appeal of Ontario reasoned  that contractual obligations, like those set out in the shareholder’s agreement, do not prevent a person from bequeathing property as they wish in their will.  A breach of an agreement may give rise to an action for breach of contract but does not affect the validity of the will or the gift. Thus, legal title to the shares vested in the hands of Cam’s estate, which held them in trust for the beneficiary named in the will, Cheryl.

If that is not possible, the trustee might wish to exercise her discretion and wait a change in circumstances.   Lastly, the court reminded the estate representative that she “retains her duties for life”. Ironically, as Cheryl was the estate trustee named in Cam’s will and since Cam’s shares were vested in the estate she controlled twice as many shares as her siblings; her own shares and Cam’s shares.   This was the very situation the company’s founder was hoping to prevent when he directed that all the children were to share equally.

It is doubtful the result – in favour of the deceased’s  will – fully satisfied any of the siblings and defeated the founder of the company’s goal of equality amongst his children. It also ignited family disharmony and caused expensive litigation. These unfortunate consequences could have been mitigated through a more carefully worded shareholder’s agreement or more robust communication within the family.

Ignoring a contractual obligation resulting in expensive litigation is not limited to business  succession. In Birnie v. Birnie, the court was left to decide a claim by a former spouse against her husband’s estate.

Michael Birnie separated from his wife Janice after 15 years of marriage. Their separation agreement contained a provision requiring him to obtain a life insurance policy in the amount of $500,000, and name Janice as the irrevocable beneficiary. The policy was to be kept in place so long as Michael was obligated to pay spousal support. After Michael’s death, it came to light that he had never purchased the policy. Janice commenced a lawsuit. Michael was clearly in breach of the separation agreement and Janice could maintain an action against his estate for breach of contract. However, a question for the court was the quantum of Janice’s claim; was she entitled to the entire $500,000 or only an amount equivalent to the future spousal support which remained owing?

The court held Janice was entitled to claim the entire $500,000 as there was nothing in the separation agreement stating the sole reason for the insurance was to secure Michael’s support obligations and further the agreement did not contain a “draw down” provision allowing Michael to reduce the amount of the insurance policy as his support obligations diminished. Again, through a review of the agreement prior to drafting his estate plan, could have ensured the family’s expectations were secure and avoided a court battle. As Michael’s executrix was his second wife, it is not hard to imagine the upset an ongoing legal battle with his first wife must have caused.