Tax Focus: What the 2020 U.S. Presidential Election Means for Canadians 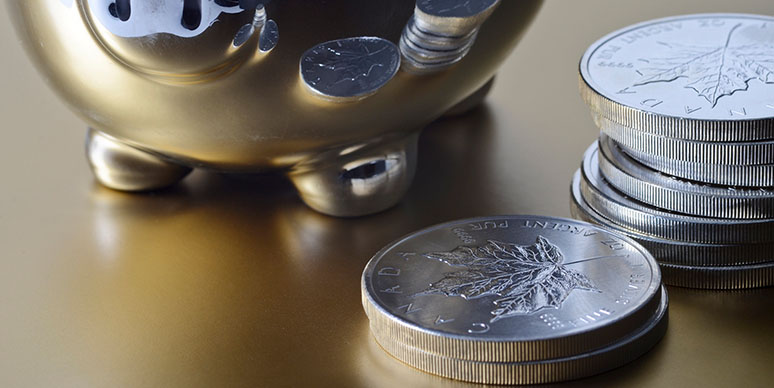 From a tax perspective, the impact on the 2020 U.S. Presidential election will stretch well beyond U.S. borders. The result will drive future U.S. tax policies and laws that will affect both U.S. persons living abroad and non-resident aliens (NRAs) with U.S. assets. For U.S. tax purposes, U.S. persons include U.S. citizens, residents and green-card holders. U.S. citizens include those born in the U.S. as well as, in certain circumstances, those born outside of the U.S. to U.S. citizen parents. Non-resident aliens (NRAs) in respect of the U.S., includes Canadians whom are both non-citizens and non-residents of the U.S.

While the U.S. taxes based on citizenship, virtually all other countries in the world, including Canada, tax based on residency. U.S. persons living in Canada are subject to the same reporting obligations and tax rates under both the U.S income tax and transfer (estate and gift) tax regimes, as if they lived inside the U.S. Canadians with U.S situs property and certain U.S. source income, including rental income on U.S. real estate, are subject to similar requirements. FACTA helps provide information regarding incidences of U.S. personhood and property ownership around the world to the Internal Revenue Service (IRS).

Below is a summary of certain tax policies of the candidates of the two major political parties in the 2020 U.S. presidential election; President Donald Trump, the incumbent candidate for the Republican Party, and the Democratic candidate, former Vice President Joe Biden. Much of the Republican platform makes many permanent changes implemented under the 2017 U.S. Tax Cuts and Jobs Act (“TCJA”), otherwise set to expire after December 31, 2025. The Democrats propose to roll back many provisions of the TCJA. All figures below are presented in USD. 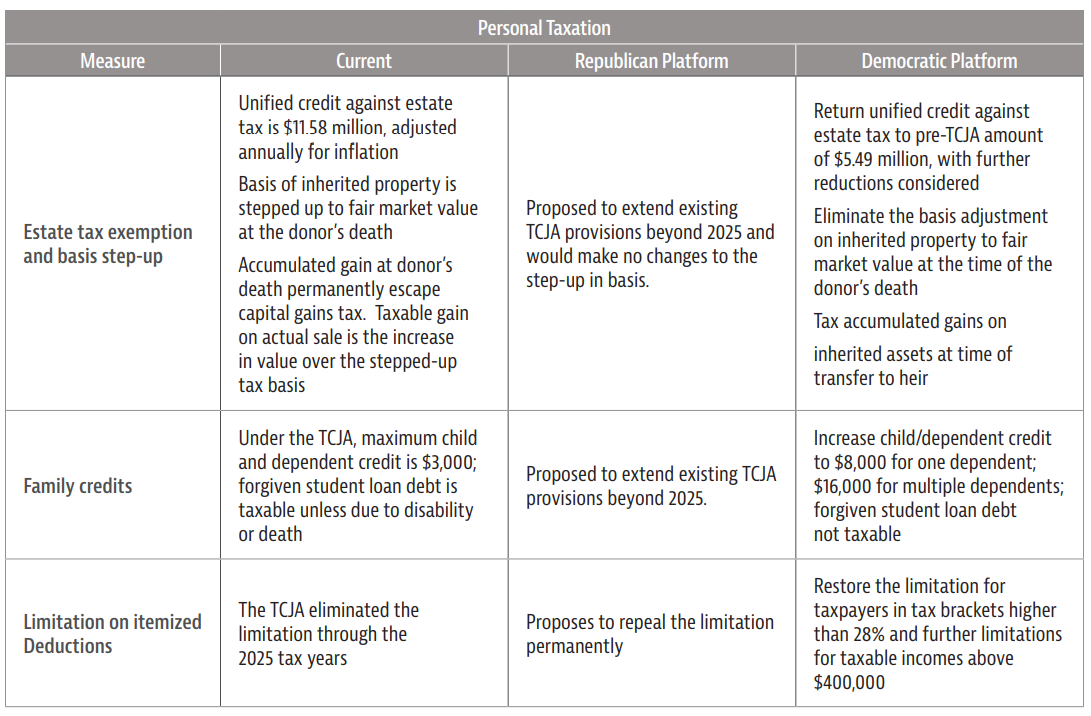 The Democratic platform increases tax on corporations and also on individuals earning more than $400,000 per year, provides a suite of personal tax benefits targeted at low- and middle-income families and favors tax credits, often refundable, over tax deductions. Deductions are typically more beneficial for higher-income taxpayers compared to lower- and middle income individuals. This all impacts U.S. persons living in Canada who are filing U.S. tax returns on their world income and Canadians with U.S. source income wherein the U.S. tax liability is not satisfied through source withholding.

The Democratic platform also proposes to reduce the estate tax exemption and repeal the step-up in basis on death. U.S. persons, including those living in Canada, face estate tax of up to 40% of the value of their estate in excess of the exemption. The TCJA legislated the highest exemption in history through to the end of 2025. If a U.S. person living in Canada died in 2020, their world estate would have to be more than USD$11.58 Million before a dollar of estate tax could apply. This exemption will be cut in half at the end of 2025 and may be even lower if a Democratic administration were successful in passing such into law. NRAs holding U.S. situs property are also watching, because under the Canada-U.S. tax treaty, Canadians have access to a prorated exemption based on the value of their U.S. situs assets over their world estate. In respect of capital gains tax, note also that the repeal in step-up basis could be very costly over time to heirs of appreciated property at any income level.

In aggregate, the TCJA legislated corporate tax cuts permanently and individual tax cuts temporarily, and disproportionately benefits high income earners. The corporate tax benefits under the TCJA are tempered by increased trade tariffs, which inflate the costs of goods for U.S. manufacturers and consumers.

The TCJA also particularly impacts U.S. persons living in Canada who are incorporated business owners. The U.S. considers these corporations to be Controlled Foreign Corporations (CFCs). In 2017, the TCJA imposed a one-time ‘transition tax’ on U.S. persons owning 10% or more of the shares of a CFC. For 2018 and later years, the transition tax gave way to a new tax on global, intangible, low-taxed income (GILTI). GILTI is the after-tax net business profits of the CFC beyond a 10% return on the depreciated tangible capital assets of the business. GILTI tends to impact service businesses more than capital-intensive businesses. Planning can mitigate tax on GILTI, however all comes with increased costs and complexity for Canadian business owners who are also U.S. persons.

Canadians and the world will be watching on November 3 for results of an election with a truly global reach. May this be food for thought when it comes to what may lie ahead from a tax perspective.

1 Foreign Account Tax Compliance Act. Under FATCA, certain U.S. taxpayers holding financial assets outside the United States must report those assets to the IRS. There are serious penalties for not reporting these financial assets. FATCA also requires certain foreign financial institutions including banks, brokers and insurance companies to report to the IRS information about financial accounts held by U.S. taxpayers or by foreign entities in which U.S. taxpayers hold a substantial ownership interest. Source: irs.gov.
2 Long-term capital gains tax rates are applied to assets held for more than a year, applied at 0%, 15% or 20%, depending on your income.