The Election Results are in… a Show About Nothing 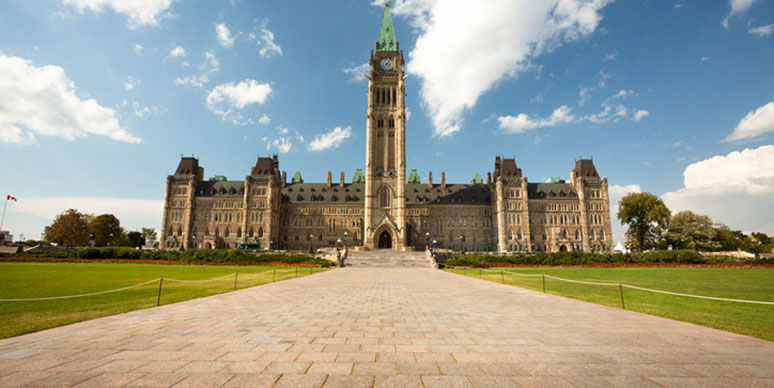 I’ve spent a lot of time the last few weeks hearing from and speaking to clients about the Canadian federal election—specifically around what the impacts could be on equity markets. While there are important issues in every election and many reasons to vote, when it comes to economics, I can’t help but think of a famous line from the TV show Seinfeld—it’s a show about nothing.

As of this writing, there has been minimal change in Parliamentary seats, with all parties near their pre-election levels, including another Liberal minority. This is unlikely to cause any major shakeup in Canadian markets. To explain what I mean, I’ll take you through the economic platforms of the Liberal and Conservative parties and their key takeaways, notably:

Fiscal spending by governments can often spur growth. Where the distinction is more pronounced in our neighbors to the south (think Republican tax cuts versus President Joe Biden’s trillion-dollar spending and stimulus), within Canada, both major parties proposed similar deficit projections and therefore funding expectations were aligned.

Neither party was proposing a dramatic alternative spending path that would alter the macroeconomic picture or the view of international bond investors. Rather, the global macro backdrop will weigh more heavily on interest rates and other variables, such as:

When it comes to Canadian industries, the below sectors are the key regulated industries that were frequently referenced in debate throughout the election.

Conservatives are often seen as the energy party. They usually enable the development of energy resources—which is good for economic activity. This was true in this election, with Erin O’Toole calling for the building of the Northern Gateway pipeline to the Pacific Coast, for example. The minority Liberal government are unlikely to back similar projects, meaning new projects will simply not be proposed. The risk of stranded capital—private money spent on 20-year projects that the current leadership could cancel for political, regulatory or judicial decisions —is particularly acute.

Instead, there will be a loss to the Canadian economy as large private investment projects do not advance. Investment in renewable energy and other carbon emission initiatives will continue as an offset, and—almost paradoxically—the value of existing midstream energy assets will increase as oil and gas consumption continues, despite efforts like the carbon tax to reduce this.

But it’s important to note that global forces govern returns. Renewable energy is growing globally and our fund exposure is in line with those trends. While energy investment expanded under the last Conservative government to the benefit of the aggregate economy, external factors (i.e. China’s slowdown in 2015 and the Organization of the Petroleum Exporting Countries’ (OPEC) overproduction from 2014 onwards) played a bigger role in equity market returns.

The chart below plots the growth of the iShares S&P/TSX Capped Energy ETF (XEG) during both Liberal and Conservative governments.

In a summary that may surprise many, energy stocks have—in aggregate—outperformed under Liberal governments, driven by global macroeconomic forces and economic cycles rather than Canadian government policies (a comparison I expect neither the Liberals nor the Conservatives are happy to hear).

It’s important to note this chart references the iShares S&P/TSX Capped Energy ETF, which has an inception date of March 2001, to illustrate this trend as it’s easier to account for dividends. While other data could go back further, my point is not that a Liberal government is better for the energy sector, but rather that global trends impact equity returns more than domestic policies.

We continue to monitor global trends within this sector and will use that to influence positioning over political platforms and election results.

Within telecommunications, pocketbook issues on fees, and popular inequality and economic development themes were put forth by both parties in this election.

While all parties support broadband expansion in rural areas with subsidies/mandates, it is fair to say that none of them had a viable plan to accomplish this important economic and social objective. I will note that the Conservatives proposed to allow more foreign involvement in telecom companies to increase competition and lower fees. Given our extensive coverage of these companies, and potential foreign entrants, it is doubtful that the oligopolistic nature of the Canadian telecom market would attract companies looking to spend money entering Canada for an uncertain return.

There are some items that the government can act on to reduce headline telecom prices, but these would deter investment in networks that have proven critical to Canada during lockdowns, and we do not expect the re-elected government to have a heavy regulatory hand in this file. The pandemic has shown how important robust telecom networks are, so the Liberals are likely to continue the status quo.

Policies to expand housing will, in general, provide the opportunity for some loan growth in Canada. Given high return on equity measures, this should continue to support Canadian financials.

The Office of the Superintendent of Financial Institutions (OSFI) currently has restrictions on bank capital returns via share buybacks and dividends that have banks holding capital above the amount necessary to run their businesses. Many financial services investors believe that these restrictions are economically unjustified, and we believe they’re likely to change in line with how European and U.S. regulators have acted.

All things considered, we continue to hold a healthy weight in Canadian-listed financials across our portfolios on the potential for capital releases, as well as the underlying valuation and earnings power.

While there are issues for many investors when it comes to elections—and I did cast my vote based on my views on the economy and other issues—in examining the ultimate impact to Canadian equity markets, this election was a show about nothing. When it comes to deficits and budgets, we expect the status quo to continue with high levels of spending coming out of the pandemic. Canadian investors should continue to be guided by persistent global economic factors, rather than trying to find a short-term trade from political headlines or developments. The best policy is to work with a qualified advisor and to generally follow the guardrails of a sensible long-term plan.

It’s important to note that within CI Select Canadian Equity Fund, we employ a dual top-down, bottom-up approach that allows me to work alongside my sector colleagues to identify macro issues, global trends and collaborate to align the sector allocation. From there, our sector-focused portfolio managers identify the best businesses with compelling valuations to deploy capital.

This unique view allows us not only to drive performance from security selection, but also takes into consideration both political and monetary policy in our sector asset allocation. It just so happens in the case of Canadian politics, it’s trumped by global forces, making this election, particularly given the minimal change in Parliament, “a show about nothing” for this Canadian investor. Kevin McSweeney has 12 years of financial services and investment management experience and is a member of the team responsible for infrastructure and REITs. He moved to this team from the high-yield, convertible bond and leveraged loan assets team in 2016. Prior to joining Signature, Mr. McSweeney worked for six years with Scotiabank, most recently in corporate credit risk management. Prior to that, Mr. McSweeney worked with Finance Canada as a financial economist in the international trade and financial markets divisions. Mr. McSweeney holds a Bachelor of Arts (Honours) from St. Mary's University a Master of Business Administration from Dalhousie University, and the Chartered Financial Analyst designation.

Commissions, trailing commissions, management fees and expenses all may be associated with mutual fund investments. Please read the prospectus before investing. Mutual funds are not guaranteed, their values change frequently, and past performance may not be repeated.

Certain statements in this document are forward-looking. Forward-looking statements (“FLS”) are statements that are predictive in nature, depend upon or refer to future events or conditions, or that include words such as “may,” “will,” “should,” “could,” “expect,” “anticipate,” “intend,” “plan,” “believe” or “estimate” or other similar expressions. Statements that look forward in time or include anything other than historical information are subject to risks and uncertainties, and actual results, actions or events could differ materially from those set forth in the FLS. FLS are not guarantees of future performance and are by their nature based on numerous assumptions. Although the FLS contained herein are based upon what CI Global Asset Management and the portfolio manager believe to be reasonable assumptions, neither CI Global Asset Management nor the portfolio manager can assure that actual results will be consistent with these FLS. The reader is cautioned to consider the FLS carefully and not to place undue reliance on FLS. Unless required by applicable law, it is not undertaken, and specifically disclaimed that there is any intention or obligation to update or revise FLS, whether as a result of new information, future events or otherwise.

Certain statements contained in this communication are based in whole or in part on information provided by third parties and CI Global Asset Management has taken reasonable steps to ensure their accuracy. Market conditions may change, which may impact the information contained in this document.

Not all dividend index ETFs are created equal. Here's why screening for future growth may outperform yield-chasing and relying on payout history.

What’s After the Storm?

Short-term market challenges are a distraction from the big picture. The real concern is what comes next. In this update we explore five key considerations for a solid long-term investment philosophy.

What is a Floating Rate Income Fund?

In a rising rate environment, an investment in a floating rate fund can be attractive. Learn more about CI Floating Rate Income Fund and how it may be a fit for your portfolio.
view all