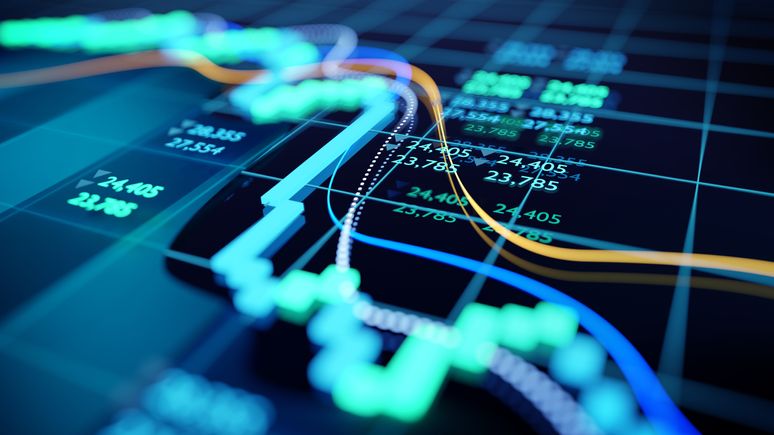 As we entered 2022, capital markets have gotten a lot choppier. The core bond markets, as measured by the FTSE Canada Universe Bond Index, lost 3.4% in January. While the global stock markets, as represented by the MSCI World Index C$ declined 4.9% for the same period. Canada fared better due to rising oil prices and strong performance of the financials sector. There are two main reasons that caused volatility: the burst of a speculative bubble and the beginning of tighter monetary policies.

The by-product of easy money policy was speculation. We saw growing number of trading accounts in the U.S. and a growing interest of companies that sound good but do not have enough earnings to support their prices. The pressure from not wanting to miss out had caused many people to invest in companies they know very little about, especially in the financials sector. As you probably know, a good company is not always a good investment as valuations make a difference. A prime example is Zoom Video Communications Inc. As the pandemic started in 2020, the demand for virtual meeting solutions increased, which directly benefited providers like Zoom. While their revenue grew, the price growth was even more aggressive. Shares of Zoom were priced below $100 before the pandemic and traded as high as $568 in October of 2020. The sell-off became aggressive starting in the middle of last year and has declined to $154 (as at January 31, 2022), a drop of 73%! Another good example would be Moderna Inc, one of the COVID-19 vaccine manufacturers. The company’s share has lost 65% from its peak. There are plenty of other examples, but they will not be reviewed in this commentary. You may ask yourself what caused this? The simple answer is that greed caused investors to get in at any prices. In behavioral finance, this is called “crowding,” which created the bubble, and will last as long as new investors and money continue to join the crowd. Most people enjoyed very brief moment of riches and eventually lost all the gains and majority of capital. For institutional investors like us, it was painful to go through a period of underperformance against speculators. It takes experience and conviction to stay out of trouble. Compared to the losses on speculative stocks, the overall equity markets are much healthier. Companies are reporting strong earnings growth, with 79% of the companies in the S&P 500 Index beating earnings estimates during the third quarter of 2021 (92% for the TSX Composite Index). Their valuations are richer than normal but not anywhere close to the speculative segment. 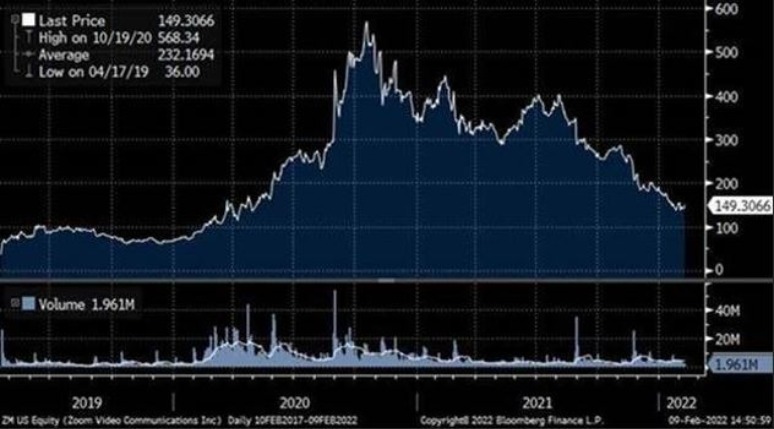 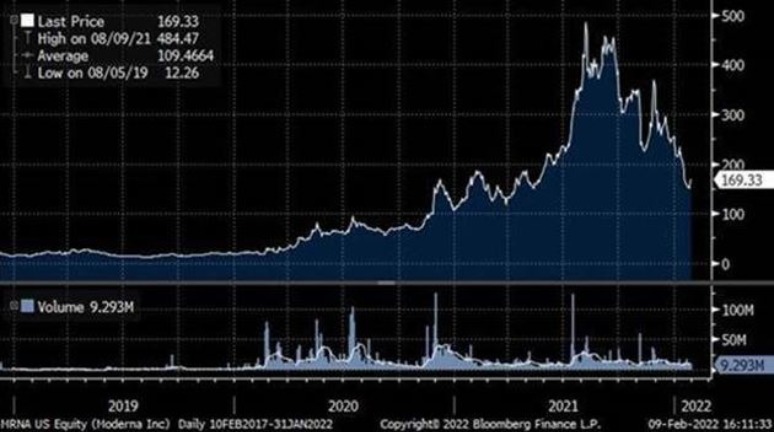 Another reason for volatility was change in the tone from central banks. Investors were concerned that tighter monetary conditions would cause a recession. U.S. inflation, as measured by Consumer Price Index, gained 7.0% in 2021 (4.8% for Canada). Inflation reduces the purchasing power of our income and decreases the real return of our investments. For central banks, it is generally a mandate to keep inflation low. With economies performing strongly, unemployment rates returning to pre-pandemic levels, it is time for monetary policy to change. Both the U.S. Federal Reserve and the Bank of Canada have hinted that rate hikes will start in March 2022. The timing has been moved up versus the consensus of just a few months ago. Currently, we anticipate four to five hikes for both the U.S. and Canada. This will take policy rates from 0.25% to 1.25% to 1.50% in Canada, and from 0.10% to 1.10% to 1.35% in the U.S. These rates are higher but still substantially lower compared to normal. This means accommodating policy will continue in 2022. What scares investors the most is that hikes will go so far that they eventually trigger a recession, like some of the previous cycles. Central banks have said their path is data dependent – data including inflation, economic growth and employment. We expect the first couple of hikes to have very little impact to all of the above. However, the annual inflation rate should moderate as we enter the second half of this year. Why are we so confident? This is because some of the data points – monthly inflation for April, May, June and July – were substantially higher than trends due to supply shocks that are continuing to ease. The bad news is anything labour-driven is getting more expensive as wages are increasing to attract workers to return and as oil prices rise. With all of this considered, inflation for the U.S. and Canada this year will probably be close to 4%, which is still a relief. We expect economies to reach equilibrium at 3% inflation and 2% central bank rates. To get to lower than 3% inflation, bank rates have to rise, which increases the likelihood of a recession. We will probably get to the equilibrium sometime in 2023.

Aside from collapse in the speculative segment of the markets – which we do not participate in – and the change in central bank tone reacting to very strong economic conditions, not much is different this year. There is chance our life will be returning to normal as the pandemic turns into an endemic. People are getting hired, paid growing wages and spending. Investors are seeking opportunities to invest; even if we do not care about growth, we need to grow our assets to preserve purchasing power. Our portfolios have held up very well during this correction as we underweight bonds and avoided speculative investments. We will continue to actively manage the portfolios to navigate change in policies and investor sentiments. We are finding opportunities outside of the U.S. and have been trimming U.S. equity and adding to emerging markets and Japan – both would be considered laggards that offer better value. In addition, many countries in emerging markets are either at the middle or end of a tightening monetary cycle. Japan, which suffered decades of disinflation, is unlikely to see rate hikes. These countries offer better value and shelter from the North American rate hike cycle. We recognize there is a growing trend of artificial intelligence, virtual reality and electric vehicles. The common denominators of all these technologies are demand for high-performance semiconductor chips. Even though some of the semiconductor manufacturers may be domiciled in the U.S., which are subject to higher interest rates, their growth is unlikely to change regardless of the timing and size of these rate hikes. It is also important that they are not “new kids in the block”, as they have been around for years with solid balance sheets and cash flows. Their products have been enhanced and use has been changed, allowing their revenue and margins to grow significantly. We are expecting the sector to benefit and have established a significant position to capture this growth. 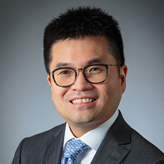 Alfred has more than 18 years of experience specializing in portfolio design, asset allocation, manager and fund selection, and risk management. While at CI Global Asset Management, Alfred has brought unique ideas and processes to the management of the team’s multi-asset strategies, including a mean-reversion currency management strategy, the concept of investing in concentrated and benchmark-agnostic portfolios, and a new approach to risk management. In addition to the Chartered Financial Analyst (CFA) designation, Alfred holds an MBA from the York University Schulich School of Business, and is a member of the CFA Institute and the Toronto CFA Society.

The author and/or a member of their immediate family may hold specific holdings/securities discussed in this document. Any opinion or information provided are solely those of the author and does not constitute investment advice or an endorsement or recommendation of any entity or security discussed or provided by CI Global Asset Management.

Certain statements in this document are forward-looking. Forward-looking statements (“FLS”) are statements that are predictive in nature, depend upon or refer to future events or conditions, or that include words such as “may,” “will,” “should,” “could,” “expect,” “anticipate,” “intend,” “plan,” “believe,” or “estimate,” or other similar expressions.

Statements that look forward in time or include anything other than historical information are subject to risks and uncertainties, and actual results, actions or events could differ materially from those set forth in the FLS. FLS are not guarantees of future performance and are by their nature based on numerous assumptions. Although the FLS contained herein are based upon what CI Global Asset Management and the portfolio manager believe to be reasonable assumptions, neither CI Global Asset Management nor the portfolio manager can assure that actual results will be consistent with these FLS. The reader is cautioned to consider the FLS carefully and not to place undue reliance on FLS. Unless required by applicable law, it is not undertaken, and specifically disclaimed that there is any intention or obligation to update or revise FLS, whether as a result of new information, future events or otherwise.