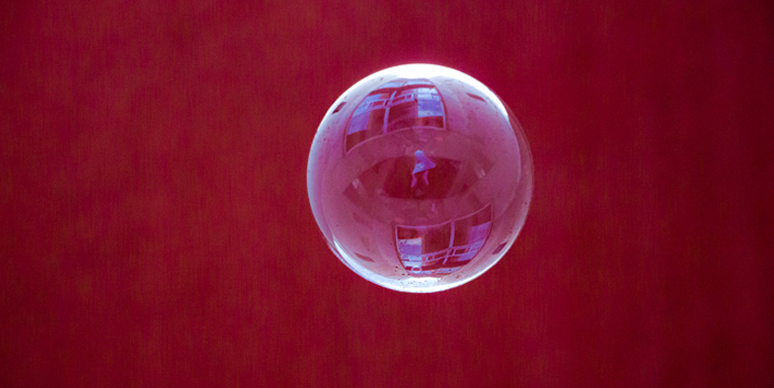 Those of us who have gone through different market regimes would notice investor behaviour today is very different than twenty years ago, or even a decade ago. But that doesn’t mean there aren’t similarities today to past market events.

Let’s look at three significant market events to see how…

About twenty years ago we saw the tech bubble and its burst. Initially driven by greed, it eventually burst because of realities – the reality that some companies were overvalued as they had no earnings and no credible plan to do so, and the reality that tighter central bank monetary policy shut new cash flows within the bubble.

Some tech companies did survive and their businesses evolved (Microsoft Corp., Cisco Systems Inc. and Amazon.com Inc.) but many did not. A prime example is Pets.com, which raised US$82.5 million in a February 2000 initial public offering (IPO), only to file for bankruptcy nine months later.

In total, the Nasdaq Composite Index took 942 days to bottom from its peak – the drawdown was 78%! Over the next 4,546 days, the index recovered to its previous high as new companies were added and others strengthened their business. Over the long term, these events set up a period where investors sought downside protection and diversification.

Moving past the mid-2000s, stock markets became unattractive for short-term gains. Speculators, once again driven by greed, found themselves investing in housing and complicated financial instruments tied to mortgages in the U.S. Like all bubbles, it worked for a while, until it didn’t. Some too-big-to-fail financial giants went bankrupt and rocked the global financial system and stock markets.

It was here that the concept of the central bank bailout was first introduced. The U.S. Federal Reserve dropped interest rates to zero, an unprecedented move, and introduced “quantitative easing” – the printing of money. When this large amount of “new” money was introduced, it effectively rescued prices. The S&P 500 Index fell 53% but bottomed in less than a year.

The following decade saw an asset price boom. Those who owned assets have became a lot wealthier and those building assets faced challenges as asset prices grew faster than their income. The side effect was a widening wealth gap that continues to diverge.

In 2020, the world faced a new challenge – COVID-19. Investor confidence collapsed and gross domestic product (GDP) was expected to fall dramatically as people stayed home and many businesses were forced to close. To offset, governments and central banks globally reacted swiftly with trillion dollars of spending, quantitative easing and low interest rates.

Learning from past experiences, investors quickly foresaw that asset prices were set to rise, regardless of the pandemic. The S&P 500 index fell 34% in 33 days and took 148 days to hit the previous high. That’s only 181 days from peak-to-trough and trough-to-peak – and it was over before there was even a COVID-19 vaccine. Compare this to the 5488 days for the Nasdaq tech bubble recovery.

Lessons from the past

Investor behaviour is driven by recent memory. Two decades ago, investors cared for downside protection – diligent investment selection and diversification – as no one would bail you out if you failed. Since the global financial crisis, investors have become accustomed to central banks providing downside protection so markets can carry on. And they’re not entirely wrong. Money supply as tracked by the balances at major central banks added US$10 trillion dollars in ten years after the global financial crisis. We are on track for another US$10 trillion dollars by end of 2021 to counter the financial impacts of COVID-19 – that’s five times higher than the 2008 level!

It’s hard to know if the concept of central bank intervention will be valid for the next decade. We do know quantitative easing and the new money added in the last decade and a half is here to stay. Thanks to central banks, the global financial crisis cycle was 71% shorter compared to the tech bubble. The pandemic was a further 88% “improvement” as investors learned from the global financial crisis.

Lessons for the future

While investors may not have confidence in the economy or their day-to-day life right now, they have learned to be confident in central banks’ ability to prop prices up. But what they should care about is the purchasing power of their money as more is printed and being prepared for when the regime or behaviour changes again. Not all trough-to-peak recoveries are achieved in 148 days.

At the end of day, the ultimate goal of investing is to create financial security for your future. Investors need to strike the appropriate balance between protecting their savings against permanent losses while ensuring that they are taking enough risk to achieve the growth required to meet their financial objectives. We believe that active management and strategic asset allocation remain key components to a sound financial plan, even as markets rally. It’s our job to identify and manage all the variables that can influence returns to help keep you on track.

Learn more about our multi-asset solutions and the role they can play in your portfolio. 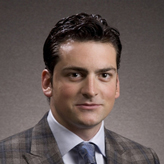 Marchello Holditch, CFA, CAIA, Vice-President and Portfolio Manager, oversees CI's multi-manager, multi-asset investment programs. He is responsible for managing CI’s institutional and private client multi-asset portfolios and is a member of the CI Multi-Asset Investment Committee. Previously, Mr. Holditch led CI’s portfolio manager research and oversight function, where he was responsible for evaluating the investment managers of all CI funds. Prior to joining CI, Mr. Holditch worked at a major global consulting firm, where he assisted a wide variety of institutional clients with risk budgeting and asset liability modelling, as well as investment manager research and selection. He holds an Honours Bachelor of Mathematics degree in actuarial science from the University of Waterloo and is a CFA charterholder. This document is provided as a general source of information and should not be considered personal, legal, accounting, tax or investment advice, or construed as an endorsement or recommendation of any entity or security discussed. Every effort has been made to ensure that the material contained in this document is accurate at the time of publication.  Market conditions may change which may impact the information contained in this document. Individuals should seek the advice of professionals, as appropriate, regarding any particular investment. Investors should consult their professional advisors prior to implementing any changes to their investment strategies.

Certain statements in this document are forward-looking. Forward-looking statements (“FLS”) are statements that are predictive in nature, depend upon or refer to future events or conditions, or that include words such as “may,” “will,” “should,” “could,” “expect,” “anticipate,” “intend,” “plan,” “believe,” or “estimate,” or other similar expressions. Statements that look forward in time or include anything other than historical information are subject to risks and uncertainties, and actual results, actions or events could differ materially from those set forth in the FLS. FLS are not guarantees of future performance and are by their nature based on numerous assumptions. Although the FLS contained herein are based upon what CI Global Asset Management. and the portfolio manager believe to be reasonable assumptions, neither CI Global Asset Management nor the portfolio manager can assure that actual results will be consistent with these FLS. The reader is cautioned to consider the FLS carefully and not to place undue reliance on FLS. Unless required by applicable law, it is not undertaken, and specifically disclaimed that there is any intention or obligation to update or revise FLS, whether as a result of new information, future events or otherwise.

What’s After the Storm?

Short-term market challenges are a distraction from the big picture. The real concern is what comes next. In this update we explore five key considerations for a solid long-term investment philosophy.

Momentum investing identifies securities likely to benefit from a trend. Momentum ETFs are an easy way to access this factor-based approach. Read on to find out more.
view all