Transferring a 401(K) or IRA to Canada 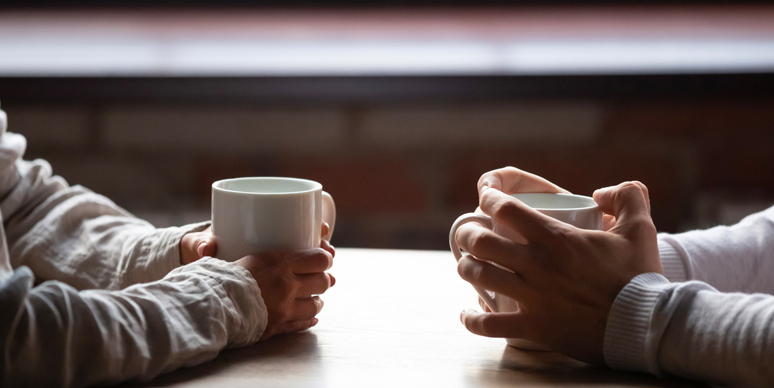 GOT A U.S.-BASED RETIREMENT PLAN?

If you have lived and worked in the U.S, you may have accumulated retirement savings while employed there. Or, you may also have inherited a plan on the death of your spouse or received a portion of a former spouse’s plan via property settlement on relationship breakdown. Perhaps you are now living in Canada and considering whether to consolidate your U.S-based plan to your Canadian Registered Retirement Savings Plan (RRSP).

Is it necessary to transfer your plan to Canada to maintain tax deferral? Can you transfer your U.S.-based retirement plan to Canada on a tax neutral basis? What other considerations might come into play? This article focuses on issues and strategies that Canadian residents who are not also U.S. citizens, green card holders or otherwise considered U.S. persons for U.S. tax purposes may consider in deciding whether to transfer their U.S.-based retirement plans to  Canada.

Foreign pension plans: FPPs are employer-sponsored retirement plans, typically funded by both employer and employee contributions and are similar to Canadian defined contribution pension plans. Contributions are redirected from pre-tax income and funds can grow tax-free until withdrawn. Examples include the 401(k), common to the for-profit sector, and the 403(b), common to employees of certain non-profit sectors including public schools or hospitals. Employees of state or local government, such as police officers or fire fighters, may have a 457(b).

Foreign Retirement Arrangements: FRAs most commonly include IRAs. A traditional IRA is akin to a Canadian RRSP. You can make tax-deductible contributions and plan earnings and growth remain tax-deferred until withdrawn.

There is also the Roth IRA, which is equivalent to a Canadian Tax-Free Savings Account (TFSA).

This article will focus on transition of 401(k) and IRA plans.

DOES THE PLAN HAVE TO MOVE WITH THE HOLDER TO MAINTAIN TAX-DEFERRED STATUS?

The short answer is no. Both the federal Income Tax Act (ITA) and the Canada-U.S. tax treaty provide for continued tax deferral of U.S.-based retirement plans for plan holders living in Canada, just the same as if the plan holder were living in the U.S. A Canadian resident owning a 401(k) plan requires an annual election to defer the tax. A Canadian resident owning a traditional IRA is not required to file an election to enjoy continued tax deferral. Canadians who own Roth IRAs must file a one-time election to defer tax on their plan balances.

WHY WOULD I CONSIDER MOVING MY PLAN TO CANADA IF IT CAN REMAIN IN THE U.S. ON A TAX-DEFERRED BASIS?

1. Consolidating investment management and advisory requirements to one country to simplify your affairs, save money on professional fees and bring peace of mind.

2. Mitigating currency risk and impact of investment restrictions that may be imposed on non-residents.

3. U.S.-based retirement plans are considered U.S. situs assets for U.S. estate tax purposes. As such, transferring these plans to your Canadian RRSP will reduce your exposure to U.S. estate tax, which is assessed on value, not on gain, at the same graduated rates that apply to U.S. persons.1

TRANSFER OF A U.S.-BASED RETIREMENT PLAN TO AN RRSP

1. The amount is transferred as a lump-sum;

3. The transferor is a Canadian resident for Canadian income tax purposes when the transfer to the RRSP is made, and typically is planning to remain in Canada permanently;

4. The amount is fully taxable in Canada for the year of transfer with an offsetting deduction for the amount transferred to your RRSP. You must be a resident of Canada at the time of contribution to your RRSP;

5. To obtain the offsetting deduction for year of transfer, the RRSP contribution must occur within the same year or within 60 days after the end of the year of transfer from the U.S.-based plan;

6. The transferred amount can only be contributed to an RRSP, not to a spousal RRSP;

7. As transfers to RRIFs are not allowed, the RRSP contribution cannot be later than December 31 of the calendar year in which the individual turns 71. As such, this strategy is not available to individuals over age 71.

Amounts in respect of both employee and employer contributions to a 401(k) may be transferred to an RRSP under the conditions described above. Where contributions to the foreign pension plan were in respect of services rendered while the employee was a resident of Canada, transfers to an RRSP are not normally allowed. This latter rule can catch employees living close to the border who commute into the United States for work off guard.

For IRAs, the transfer conditions above also apply, except that:

2. There is no requirement for you to have been a nonresident of Canada for your contributions to an IRA to be eligible for transfer to your RRSP.

STEPS FOR TRANSFERRING A U.S.-BASED RETIREMENT PLAN TO YOUR RRSP

Step 1: Make a lump sum withdrawal from your U.S.- based retirement plan. The withdrawal would normally be considered U.S.-sourced income, subject to a 30% U.S. nonresident withholding tax. If the withdrawal is your only U.S. taxable transaction for the year and early withdrawal penalties do not apply, the withholding tax will satisfy your U.S. tax obligations and a U.S. tax return need not be filed.

If you are under the age of 59½ on withdrawal, you may be subject to a 10% non-refundable early withdrawal penalty. The U.S. plan administrator is not responsible for withholding this penalty. You must to file a 1040NR to calculate and remit the penalty to the IRS.

Step 2: Contribute the Canadian dollar equivalent of the gross U.S. lump sum withdrawal, before withholding taxes and any penalties are applied, to your RRSP. The Canadian dollar equivalent is calculated based on the exchange rate in effect on the date of transfer to the Canadian RRSP. This contribution must be made by the end of the normal RRSP contribution deadline (during the year of the withdrawal, or 60 days after the end of that year). Plan amounts that do not qualify under the special provisions may also be contributed provided you have RRSP contribution room available.

Step 3: Report the Canadian dollar equivalent of the gross U.S. lump sum withdrawal as income on your Canadian income tax return (T1), as well as the offsetting deductible RRSP contribution. The amount contributed to the RRSP is reported as a “transfer” on schedule 7 of the return, so as not to require contribution room. You can offset your overall Canadian tax liability for the year by claiming a foreign tax credit (FTC) in respect of the U.S. tax paid, including the early withdrawal penalty, if incurred.

Clients should consult with the relinquishing institution and a taxation specialist to determine the necessary requirements to initiate foreign pension plan transfers. Once the transfer is initiated with the relinquishing institution by the client, the receiving institution will typically require an application form with investment instructions and a statement from the source plan confirming the type of account the client wishes to transfer. An accompanying letter of direction explaining the details of what is intended may be helpful, particularly where the amount on the cheque is different from the plan statement provided. Upon receipt of funds clearly indicated as foreign pension funds, the receiving institution will issue a contribution receipt under section 60(j) of the IRA to the client.

HOW IS THIS STRATEGY TAX NEUTRAL?

Although a tax deferred rollover from U.S.-based plans to an RRSP is available, the U.S. source withholding and potential early withdrawal penalties mean that only a portion of the initial lump sum withdrawal will be available for an RRSP contribution in the year of transfer. Therefore, if you would like to transfer the full pre-tax amount, in the year of transfer, you will need sufficient funds from other sources to top up the RRSP contribution by the amount of early withdrawal penalties and/or U.S. tax withheld at source. Where this is not done, the reasons for the transfer as indicated above might still be available and beneficial, but some taxation in the year of transfer would normally occur. Further, while U.S. withholding taxes and potential early withdrawal penalties on withdrawal are eligible to be claimed as a foreign tax credit when filing your Canadian income tax return, you must have sufficient Canadian income tax liability from other income sources to utilize the foreign tax credit generated by the withdrawal. Neither the deduction room generated by the transfer nor the foreign tax credit generated by the related U.S. tax liability can be carried forward for use in a future year.

If the requirements for a tax neutral transfer are not currently possible, you can hold off until after age 59½ to help make the transfer more tax efficient. This will avoid early withdrawal penalties, spreading the transfer over more than one year, or triggering sufficient taxable income in Canada in the year of transfer to make full use of foreign tax credits.

What happens if the U.S. plan has both pre-tax and after-tax contributions?

It is important to consider the alternatives and implications of transferring a U.S.-based retirement plan to a Canadian RRSP. Plans transferred from the U.S. to Canada may have certain stipulations that must be considered before a transfer can take place. It is the client’s responsibility to ensure the transaction is eligible for transfer as outlined in this article. The client should also confirm with the source institution in the U.S. the withholding tax rate that will apply if the funds are transferred to Canada. Clients should speak to their advisors to see if this strategy is right for their specific situation.

2Plan administrators are normally required to withhold 30% of the taxable amount, unless a tax treaty specifies a different rate. While the Canada-U.S. treaty specifies a lower 15% withholding tax rate for periodic pension payments, lump sum withdrawals do not normally benefit from the lower 15% rate. In any event, IRS Form W8-Ben must be on file for a plan-holder to qualify for the lower treaty rate. Some administrators may withhold the lower rate on lump sum withdrawals where this form is on file with the understanding that the lump sum amount is in respect of periodic pension payments. Check with plan administrators for their interpretation of this rule

You may not modify, copy, reproduce, publish, upload, post, transmit, distribute, or commercially exploit in any way any content included in this communication. You may download this communication for your activities as a financial advisor provided you keep intact all copyright and other proprietary notices. Unauthorized downloading, re-transmission, storage in any medium, copying, redistribution, or republication for any purpose is strictly prohibited without the written permission of CI.