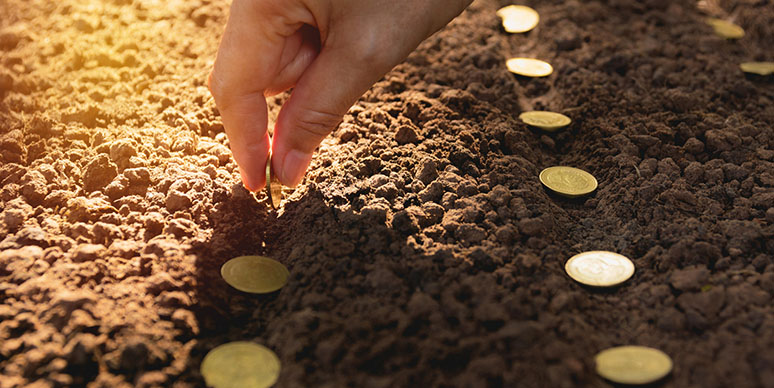 In 2018, the federal government approved legislation  that has changed the way private companies are taxed. After hearing feedback  from numerous  tax professionals,  changes were implemented that restrict the small business deduction (“SBD”) available for Canadian-Controlled Private Corporations (“CCPC’s”). The motivating policy behind this was a perceived unfairness in the Canadian tax system. The belief is that allowing a private company to use after-tax dollars, earned at the low small business rate, to invest in passive income-earning investments, is unfair. Rather than taxing investment income at a higher rate and disturbing the integrated tax rates that Canada’s tax system is based on, the government chose to “clawback”  the SBD for certain associated groups of companies.

The idea of a clawback is not new. Companies with “taxable capital” above $15 million do not benefit from the preferential low tax rate on active business income. In general terms, taxable capital is comprised of retained earnings plus non-trade liabilities less loans with and investments in Canadian companies. It appears the policy behind this is that companies with substantial retained earnings and/or certain liabilities  are not viewed as “small” and therefore should not benefit from the SBD. The additional clawback rules introduce  a new term, Adjusted  Aggregate  Investment Income (“AAII”). This second clawback rule would begin to restrict access to the SBD where AAII from the previous fiscal year was $50,000. Access would be completely eliminated where AAII reaches $150,000. The original clawback rule targeted at “large” companies, restricts the SBD where taxable capital was above $10 million and completely eliminates it at $15 million. As the SBD will be reduced where assets invested are as little as $1,000,000, assuming a modest 5% return, the policy behind the new rule does not necessarily target only large companies. With these new rules, an understanding of AAII will be important for small business owners to ensure they continue to benefit from the low tax rate afforded by the SBD.

So how exactly is AAII calculated and how can a small business owner attempt to manage it so the company can still benefit from the SBD? The starting point for calculating AAII is aggregate investment income (“AII”) as defined in the Income Tax Act (“the Act”). Generally, a company’s AII is made up of:

When calculating AAII, the following income sources are not included:

Also, the following deductions cannot be used to reduce AAII:

Where a corporate shareholder owns more than 10% of the votes and value of any class of shares of a corporation, that corporation is connected. Dividends from connected corporations are not included in the calculation of AAII and therefore do not impact the availability  of the SBD for the associated  group of companies. This seems consistent from a policy perspective as it is common for an operating company to pay a dividend to its holding company for creditor protection and other reasons. Since AAII is measured as an aggregate of all associated companies it would be unfair to include these dividends in that calculation as the dividends represent income from an investment in an “active” asset (i.e. the operating company) as opposed to a “passive asset”, such as publicly-traded shares.

Taxable capital gains from the sale of assets that were used in an active business are also excluded from AAII. Like the policy of excluding connected corporation dividends, excluding gains from business assets shows the government still wants to encourage investment in small businesses. A significant aspect of operating a small business may include replacing assets and selling off old assets. Also, several business owners may sell their business assets as part of the business exit strategy. The government does not want to penalize private companies when they sell these assets and have therefore allowed for this exclusion.

Net Capital Losses from Other Years

On an annual basis, taxpayers, including corporations, must calculate their net income for tax purposes (“net income”). Certain inclusions and deductions are defined in the Act to determine how to calculate net income. However, a taxpayer’s tax liability is not calculated  on net income but rather on taxable income. In calculating taxable income certain deductions are allowed pursuant to division C of the Act. However, in calculating AAII certain of these deductions are not allowed, one of which is net capital losses of other years. Net capital losses can be carried back three years or carried forward indefinitely to reduce net capital gains of the year to which they are applied. Although this option is still available to reduce a private company’s current year taxable capital gains, only current year net capital losses can be used to reduce AAII. Therefore, small business owners wishing to continue to benefit from the SBD will need to manage capital gains and losses to ensure they occur during the same fiscal year.

As noted earlier, AII (i.e. the starting point for AAII) includes several components; however, deductions for donations is not one of these. In calculating AII a deduction for losses  from property is allowed. A loss from property occurs where expenses  incurred to earn income from that property exceed the income earned. A charitable donation is not considered an expense incurred for the purpose of earning income, but rather an act of charity for which corporations are allowed a separate deduction in calculating taxable income.

There is also an exclusion in the definition of AAII relating to FAT paid on foreign accrual property income (“FAPI”). Although FAPI is a complex topic and not something typically seen by the average small business, with the globalization of markets and Canada’s closeness to the United States,  it is not that uncommon to see this in a private company context. Generally, where a Canadian taxpayer (including a Canadian private company) owns a foreign company, which is a controlled foreign affiliate (“CFA”), and the CFA earns passive income, the Canadian shareholder may have to include income (i.e. FAPI) from that CFA even if it does not receive dividends from it during the year. In addition, the Canadian shareholder is also entitled to a deduction based on the amount of FAT paid by the CFA. Often, due to how the FAT deduction is calculated, the FAPI inclusion is less than the FAT deduction such that the Canadian shareholder has little, or no taxable income related to their investment in the CFA. However, in calculating AAII, the new rules do not allow for a FAT deduction such that the full amount of FAPI is included in AAII.

While the concept of income or loss may seem simple from a business or accounting perspective the definition of AAII is much more complex. A full and careful analysis of that definition is a starting point to protecting a corporation’s access  to the SBD on an annual basis. It is always  prudent to consult a professional tax specialist, particularly where uncertainties exist.